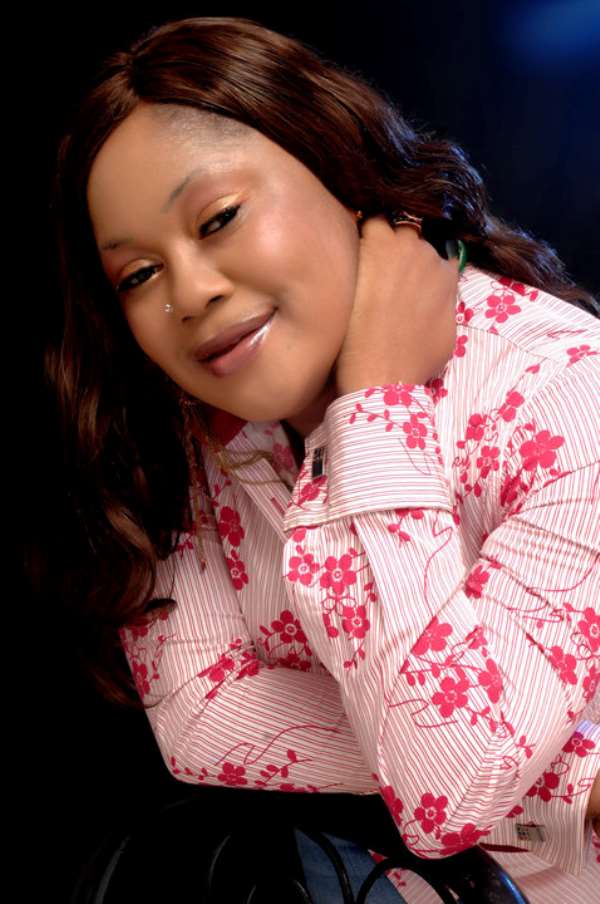 Storms Friend's PartyHallelujah is the new song of popular Yoruba actress, Tayo Odueke otherwise known as Sikirat Sindodo, who has been rumoured dead more than three times but now back in the scene, better in health.

Sindodo was reportedly admitted at a private ward in Lagos University Teaching Hospital for unknown ailment and this caused a lot of controversies in town. One of such was the story that she was moved to T.B Joshua's Synagogue church before she was said to have been moved abroad for alleged chronic ulcer courtesy Lagos State First Lady, Mrs. Abimbola Fashola.

All this while, the beefy, stunning looking actress was alleged to have reduced considerably in weight. No one has seen Sikirat since the illness story hit the town, except, perhaps her close friends and family members. Meanwhile, a source who ran into her recently said she was at the christening of the baby of a fellow actress, Kemi Korede at Egbeda area of Lagos on Sunday May 22nd 2011. We put a call to Kemi who confirmed Sindodo's attendance at her party. She was said to have returned to her nice old looks and even looked better on that occasion.

I haven’t said NPP is Majority in Parliament – Bagbin clarif...
43 minutes ago