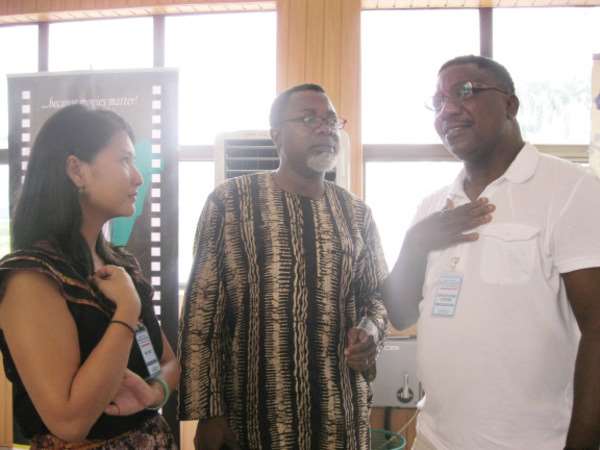 The Nigerian home video industry deserves to be taken seriously and not denigrated, film scholars have said. This was stated at a three-day international symposium, 'Reading and Producing Nollywood', which opened at the University of Lagos on Wednesday, March 23.

Academic Jonathan Haynes a professor of African Film, Video and Literature at Long Island University, US, spearheaded the call for the respect of Nollywood in his keynote address at the symposium's opening ceremony. The seminar is convened by the trio of Onookome Okome, professor of English and Film studies, University of Alberta; Bic Leu, a Fulbright Fellow currently researching Nollywood in Nigeria; and Duro Oni, Dean of the Faculty of Arts, University of Lagos. The first day featured plenary sessions and roundtable discussions on Nigeria's movie industry, reputed to the largest in the world.

“What we need is to get closer to what is happening and describe it with precision, and there should be frames of reference to describe it,” said Haynes, who has created a bibliography on Nollywood up until 2010. Haynes further made a case for the study and understanding of the Nigerian movie industry, in addition to proposing a framework for this. According to him, Nollywood productions should not be dismissed because, “Popular art in Africa is different from that of other countries. African popular art comes from the people who consume it.”

Also speaking at the event, Cornelius Onyekaba of the Creative Arts Department, UNILAG, said film is a weapon and not just entertainment. He made his case in a paper titled, 'Re-telling History and Changing Perceptions Through Movies: A Study of Jeta Amata's 'Amazing Grace', also delivered on the conference's first day. “The Nigerian Filmmaker should see himself as a sculptor,” said Onyekaba, who commended Amata's 2006 movie. “The black man's voice is used to tell the black man's story in 'Amazing Grace,'”, Onyekaba noted.

Leu, one of the organisers of the conference, said, “This is the first time Nollywood is being holistically examined.” She added that the symposium is intended to examine the industry and how practitioners and government officials come into place.