Oops, I screamed my ex-girlfriend’s name during sex 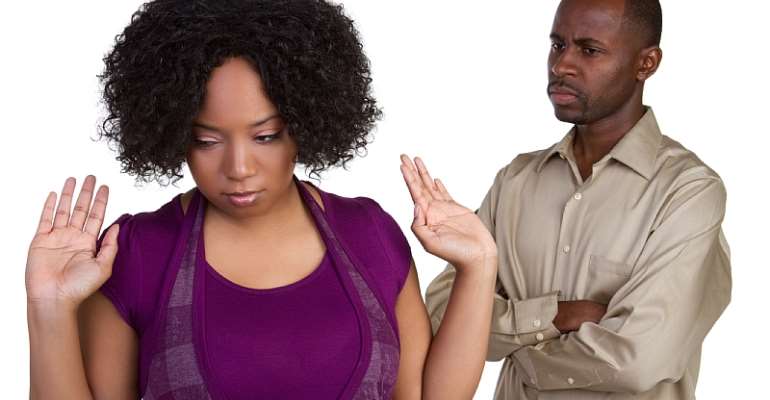 Oh, you better believe it, I did it. In the throes of passion, I screamed out my ex-girlfriend's  name. Yikes! Has this conundrum ever happened to you before? It sucks, doesn't it? It's a humiliating mistake I have made a few times and I am willing to bet that many of you have too.

Sometimes, when you are in a state of euphoria, you can say some pretty weird things. I was making out with a girl once and when she took off her top, my passion intoxicated brain managed to get my mouth to blurt out, “Wow! I really love your oranges! I am going to shake your tree.” What the french?! Needless to say, she gave me the silent but puzzled side look. Oh well, stuff happens. Calling out a different person's name during sex, however, is unconscionable.

I had been dating Becky for about a month when this incident occurred. I had broken up with my ex-girlfriend about three months prior. Becky and I met at a charity event and we started hanging out as friends. Very quickly, our relationship progressed to something more as we discovered common and similar interests in the Arts, world history, culture, and travel. From the beginning, I wanted to keep things casual as we both recently left other relationships. Becky reluctantly agreed but in hindsight, she was against the idea.

The first time we had sex was at her apartment. It was a hurried session as her roommate came home unexpectedly. The second time we had sex was at my bachelor's pad where we were guaranteed no interruptions. After she took off her top, it dawned on me that I was seeing her double lattes for the first time. We barely took off our clothes the first time we got frisky. The view of her lovely lattes from the bottom as she rocked my world must have caused a momentary brain freeze because I blurted out;

Oh, Alice! It feels good, Alice!
Yup! I goofed up! Not only did I scream another woman's name, I said the name twice! What the heck?! Someone hand me a sword so I can fall on it myself. Talk about sticking my own foot in my mouth at the worst possible moment.

“What did you just say?! She asked angrily. “Did you just call me Alice?”

The whole room stopped and everything fell silent. She curled up beside me and faced away. One glance at her mortified look was all it took for me to realize that I had committed the ultimate taboo.

“Who the heck is Alice?” She demanded to know
It was the most embarrassed and hopeless I've ever been. I had to confront the situation immediately even though I knew she will still be pissed no matter what I say.  I worked up the courage, turned her around and started to apologize profusely.

“Why are you apologizing?” She snapped back at me. “Explain yourself.”

“Alice is my ex-girlfriend.” I managed to say. “I have no clue how her name slipped out.”

“Obviously you have unresolved feelings for her because she is on your mind as you are having sex with me.” She responded.

I started reflecting on the incident immediately and I still could not determine where this horrendous mistake came from exactly. I swore I had not been thinking about Alice during sex. I was totally focused on Becky's lattes when I blurted out Alice's name. I believe that my mouth just uttered the name it was used to saying.

I guess I had gotten used to the sexual thrills and feelings of closeness associated with Alice in the twelve months we were together. I associated her name with the same state I was in with Becky. I could not find a simpler or more reasonable explanation.

As I drove Becky back home, I kept explaining and pleading my case. She looked out the window and said nothing. As we got close to her apartment, her demeanor changed. She asked if I was still in love with Alice and if I wanted her back. I told her I was not and I had moved on. She told me she really liked me and will forgive me but she was not going to forget. “Fair enough!” I said.

After that night, we literally never talked about the incident again. I did not get away scot-free; Oh No! She made sure to hit me with the same pain and aggravation I had caused her. She starved me for a whole month as punishment.

In retrospect, I doubt if I would have made the mistake if I was completely over Alice. After the break-up she did cross my mind frequently, I must admit. Even though I did not want her back, I checked her Facebook and Instagram every now and then just to keep tabs on her.

I guess the moral of my story is, if you have not moved on completely after a breakup and someone is still on your mind, maybe you are not ready to be frolicking around with someone else. Now, in my steamy moments, I filter every single word I say and I have refrained from using actual names. “Baby” and “Honey” works just fine when I am in the zone.