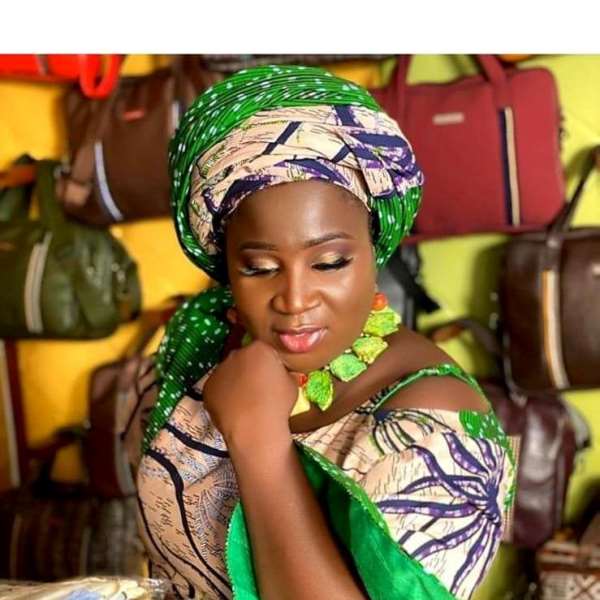 Celebrated media personality, entrepreneur and popular Made-in-Ghana product campaigner, Kobi Hemaa Osisiadan-Bekoe, is taking the charity to a different level. In a Facebook post and a viral video, ‘Ohemaa’ affectionately referred in media circles has extended love to all entrepreneurs, corporate bodies, event organizers and all and sundry to send her the details of their products and services for free social media promotions

Her act of generosity is unmeasured, not long ago, when she celebrated her decade in broadcasting, she launched the ''Angeles Foundation'' to promote Entrepreneurial skills Development, Boy Child Education and Fight in reducing Cancer cases in the country. The young entrepreneur, communication strategist, and brand influencer have since assisted many people through her foundation.

Also known as “Ghana's Pride” and the “Queen of Trade”, she is a woman who’s passionate about portraying Africa and as such she maintains a constant brand of projecting African values even in her style of dressing. The TV hostess has indicated on several platforms that she feels "good and fantastic" in African wear than being in any wear that is not made in Ghana.

She got her name, 'Ghana's Pride', over 12 years ago when she hosted Ghana's Pride TV show on TV Africa. In a bid to further promote Made in Ghana, she took with her unique dressing attitude while hosting the "Ohemaa Dwaso” show on GTV, Exclusive to Cancer on Adom TV, Asempa Dwaso Morning Show on Light TV, Eboboba Morning Show on Homebase Television, Beyond the Ballot, a socio-political show on Homebase TV. Her adornment in African wear ranges from headgears, accessories made with beads and native sandals popularly known as ahenema.

Contrary to the belief that television producers can only come from media institutions, producers like Kobi Hemaa have proven that with the right level of interest and entrepreneurial skills, individuals who are willing to learn on the job and put in a lot of hard work can equally excel. The television presenter and producer is a product of St. Louis Teacher Training College, and was a Mathematics and Science teacher at New Gbawe B.A. J.S.S. After four years of teaching, she enrolled into Regent University to do a Bachelor of Arts in Accounting and started her first television programme ‘Ghana’s Pride’ while doing her first degree.

In the face of academic pressures, she still managed to produce ‘Ghana’s Pride’, which clocked over two hundred episodes within a period of six years on TV Africa and GTV. Her second television programme, ‘Ohemaa Dwaso’, was on GTV for more than two years. She also holds a certificate in Digital Marketing Strategy from the University of Arts of London, Masters in Public Relations from Ghana Institute of Journalism, MBA in Corporate Strategy and Economic Policy, Maastricht School of Management, Netherlands.

In 2016, a survey conducted by profileability.com indicated that she is the only female Broadcast Journalist and TV host in the Television industry who can run and single-handedly perform all the chain of sectors in the broadcast industry. She was therefore rated as the best female morning show host, with Betty Baisiwa Dowuona-Hammond (GHOne) as second, Frema Ashkar (Metro TV) third, Kokui Selormey (Visaat 1) fourth, and Nana Yaa Brefo (Adom TV) fifth. She was rated for her ability to “multi-task and perform ambidextrously” as a presenter, producer, marketer, programmer, concept developer, manageress, camera director, video editor, and video editing director.

Brands like chocho herbal products, kingdom books and stationery, soafa herbal tea, universal locks became a household name due to her promotion for these companies on television. In 2009 she launched the first-ever e-commerce website to promote the sales and marketing of Made in Ghana products. The occasion was graced by the then minister of trade, Hannah Tetteh, Vice President of AGI, Industry CEOs, officials of Ghana Standard Board and Food & Drug Board among others.

Last year, she took a break from television and joined the corporate world as the head of corporate communications at Ghana Post. It is an undeniable fact that the public relations unit of Ghana Post has seen tremendous changes under her leadership. Ghana Post now has a vibrant Facebook page, positive traditional media mentions, and recognition on both local and international platforms.

In recent times, she has taken live streaming of events to a professional standard through her production company, Sempoa Broadcasting Network. With multiple quality professional cameras ranging from 2 to 8 Cameras, she does simultaneous multi-channel streaming of all events.