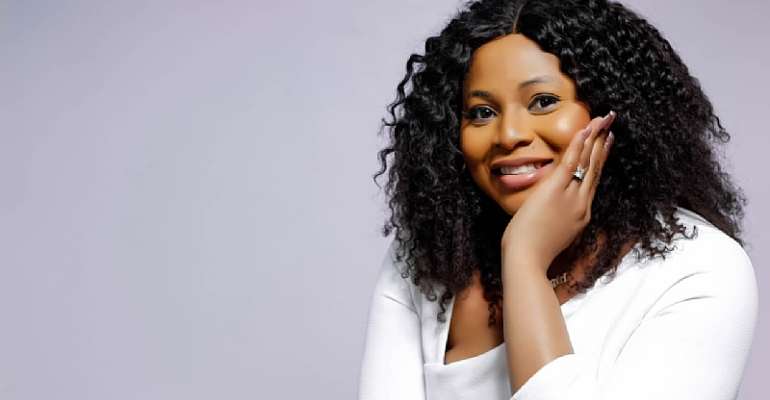 Life indeed has its own way of teaching individuals, how to experience winnings or conquest. As a Speaker and Author, Stacy Amewoyi always says to her audience that “they should never stop learning, because life will never stop teaching them more difficult lessons, as they keep climbing the ladder of success and better lifestyle”. Stacy has actually gone through the toughest part of life’s quest. Although, such lessons has lead millions of people to give up on their dreams as well. But not our beautiful Stacy, who stated that, she has been able to use those stones thrown at her by life to build herself into a woman of substance as well as a powerful Philanthropist.

You may have heard or read about some successful people likes Oprah Winfrey, Mother Teresa and so on. Who went through some sort of life trainings but now use those trials as inspiration to the world. So is Stacy M. Amewoyi’s untold story which will engaged you to rethink about life itself.

THE POWER OF A STREET GIRL! Her name actually is Celestine Godsent Amewoyi. A beautiful girl, who only saw her mother couple of times her whole life and has never met her father. She was under her great-grandmother’s care, even though she was pretty aged with some health issues including her eyes. Stacy was normally asked to do adults task by some of her family members and if she was unable to achieve the expected results. She would be adore with insults like she is useless or brainless being and nothing good may come-out of her.

Then she left home after few years because her protector was too old to safeguard her. She then became a hawker on the street of Accra selling different things such as ‘ayigbe’ toffee (locally manufactured toffee from coconut), kerosene, beverages and other things. Can you imagine what she used her profits for? According, to Stacy she supported herself through primary and Junior High School education level. As she was still on the street of Accra, she learnt self-defense because on the street or market place is only the strong survives. Due to, her strong believe that every human being born of a woman deserve better treatment and respect notwithstanding of the person’s gender. She was consistently moved by compassion to stand-up for her peers, specially the girls. Eventually, the school authorities deem it possible to dismiss her. Due to her involvement in series of fights within same week she signed good behavior bond. So she continue to stay on the street fulltime for her market business.

The sense of her been told she is “worthless being” by her relatives and friends. Finally, those painful words forced her to moved out of her part-time home at a tender age and landed herself on the street again to do ‘kayayoo’(carrying other market women’s heavy loads or goods for them to pay her less than Gh¢ 20 per day) at the Kaneshie market. Being gifted as a dancer, she was also hired to dance at funeral and birthday parties on weekends just after weekdays of hard work. Questioned her of the reasons, her respond was “man needed to survive on the street of Accra”. She added that, she was minding her own business on until that unfaithful day, a strange woman from nowhere sighted her and mentioned to the people around her that Stacy was dead few years ago. The comic part of all this was, after she had been beaten, tied up and others were still calling her ‘GHOST’. A very sophisticated man, went-up to her and whisper into her ears “please my dear beautiful ghost return to your grave now peacefully or I will order the boys to burn you alive”?

Grab your copy of her book title; “The King’s Choice” to continue her amazing tale and how she survived such a deadly trap as well as her life in the United State?