6 Things Daughters Needs From Their Fathers 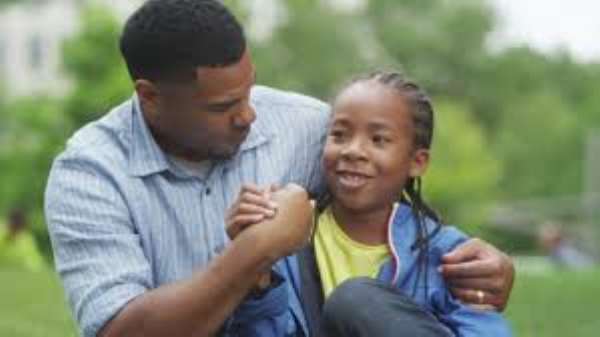 1. She needs you to be involved.
A daughter needs her father to be actively interested in her life. “Actively interested” does not refer to the second-long conversation that sometimes happens between a father and daughter when he asks how her day went and she replies with one word. A father should participate in his daughter’s hobbies and activities by displaying interest. For example, if she is interested in collecting coins, take her to coin shows. Use the Internet to learn about rare coins and talk about them. Is your daughter talented in the any sports, such as volleyball? Whether she wants to play or just enjoys watching the games, become an enthusiastic fan and supporter! Show your daughter that you are interested in her life by learning more about it and trying to become a part of it.

2. She needs you to demonstrate a healthy marriage.

The first relationship a daughter experiences is the one between her mother and father. If her father disrespects his wife with physical or emotional abuse, a daughter might come to believe that is the expected relationship with a husband. However, a father that displays physical affection, respect, and a true partnership with his wife provides an incredible example that his daughter will want to mirror in her own life.

3. She needs you to support her.
Even though a father may not always agree with his daughter, she needs to know you will support her. When a father fully and wholeheartedly supports his daughter, she will develop strong self-esteem and a positive self-image. This doesn’t mean that you always have to agree with her, but show her that while you might not agree with a choice she is making, you will always believe in her as a person and have confidence in her abilities.

4. She needs to trust you as a confidante.
When your daughter does come to you and discusses personal issues and problems, she needs to know that you will treat them with respect and confidence. They shouldn’t become dinner-table conversation with the rest of the family.

5. She needs your unconditional love.
Just as our Father in Heaven demonstrates unconditional love, fathers on earth need to display this as well. Unconditional love requires that a daughter knows no matter how badly she messes up, her father will be there, not to ridicule and demean but to forgive.

6. She needs a strong spiritual leader.
A father should be the spiritual head of a household and should take charge of his children’s religious education. Pray with your daughter! Don’t be shy about bringing the Lord into your conversations with her.

“Even those who lost elections are thanking people, what are...
15 minutes ago

Komenda Sugar factory 'collapsed' under Mahama; if not, why ...
15 minutes ago