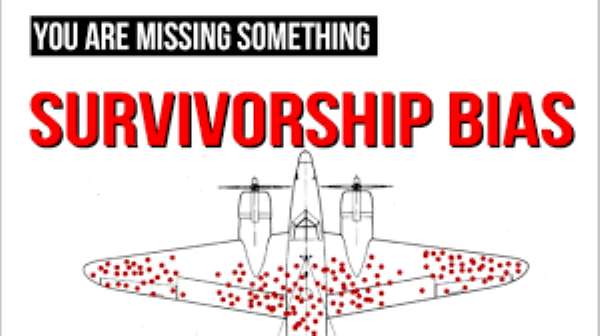 Recently I learnt about the concept of survivorship bias.

Survivorship bias is the tendency to focus on "survivors" or "winners" in a certain area rather than "losers" due in part to the fact that those who don't make it are not very visible. Survivorship bias is very common and present in many aspects of our lives.

In business, it means you focus on people or entrepreneurs or companies which are successful rather than those who fail.

I came across this term while studying about startups which failed and trying to learn lessons from their failures. Not many people do that.

You pay more attention to the advice of successful people while ignoring the "not-so-successful" people. It's absolutely natural. Part of human nature.

However, the danger in there your views of these successful people becomes very distorted and you get too optimistic. And when things don't seem to be working out for you, you start getting frustrated.

Look out for those and learn from them too.