"She Keeps Going Back to Her Ex!" 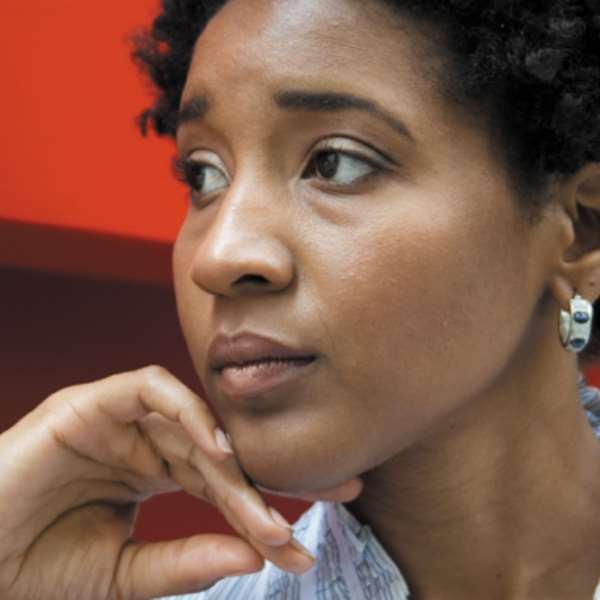 Hey I'm a 26 years old guy and I really like this girl(24). We are both Ghanaians and living in U.S.A. now.A couple of months ago a friend of mine from work told me she knew a girl who she thought I would get along with a lot and wanted to set me up on a date with her. I told her I was not big on the whole blind date idea but I went along with it anyway.

We met up one day for lunch and we clicked instantly. A couple of days later I found out that she and her boyfriend had broken up a few days before we had met, but I didn't think very much of it.

She and I became very close and would see each other almost everyday. We both seemed to have a very good connection with one another because we both felt very comfortable and could open up completely with each other. However I also found out a little later that her ex was the first guy to take her virginity and she was with him for a year which was the longest relationship she has ever been in and she still had a bunch of feelings for him. During the time that we were seeing each other her boyfriend would call her and always yell at her and act as though she was his property and she seemed to think that was natural.

After about a month of us seeing each other everyday she tells me one day that she still has a lot of feelings for her ex and doesn't want to give up on that. At that point I was quite hurt but knew there was nothing I could say to change her mind so I left it at that. However that same day she called me crying and told me that she had broken up with her boyfriend and this time it was for good so I went and met up with her.

So again the same thing happened where I would see her on a regular basis. And then her boyfriend started calling her again. But this time he would not yell at her but talk to her properly. And after a couple of weeks she told me the same thing again and went back to her boyfriend.

I've never had a problem with girls but the thing is this was the only girl that ive been able to be myself around and that gets me. I've tried to see other girls since this has happened but I just can't have those same feeling for anyone else. I've tried to contact her a few times but she would not answer because she does not want to that to her boyfriend. So I called her once but I blocked my number. It ended up working and she answered the phone. We started talking and the way that she talked sounded as though nothing had ever happened. But then we got on the topic of her boyfriend and she told me that she couldn't talk to me because she is with him now.

I have no idea what to do right now. I want to be with this girl but don't know how to do that.

Please advise me ASAP! Thank you

Anyone with relationship problems and need any advice from Auntie Esi and her readers? Please email [email protected]


I know you are hurting but the answer is pretty clear cut.

You got involved with this girl long before she was remotely ready to even consider having another relationship.

One of the problems with being on the rebound is that unless the other person has completely finished with her ex, those old feelings for him are bound to resurface and get in the way of whatever the two of you had.

Personally, I don't doubt that the two of you had a connection, but she definitely is with him and not with you and the very best thing you can do is really tell yourself that she was never "yours" to begin with.

Isn't it ironic that most of us can connect more easily when someone isn't entirely available? From what you have written, this girl is confused about her feelings and is with a very dominating guy who seems to be able to manipulate and control her. Okay, she likes it.

As hard as it may be, you have to completely cut it off. Don't try to call her or contact her again. She has moved on and so must you.

You don't want to be seen as someone who is running after someone who has already told you that they are back with their ex. There is really no logical explanation for these things. As much as we try to rationalize what seems like irrational behavior, she has an attachment to him which she is just not ready to relinquish.

Trust me when I tell you that there is nothing here for you but aggravation.

You sound like a cool guy. Someone else will think so as well so give the rest of the available girls in the world a chance.

Sooner or later, the connection you felt with her will be there with someone else: hopefully, she won't just have broken up with her ex.

Good luck to you. Keep me posted.
Sincerely,

No government has mortgaged the future of the youth than NPP...
57 minutes ago