What Are Things Women Do That Turn Men Off? Number 2 Is So True! 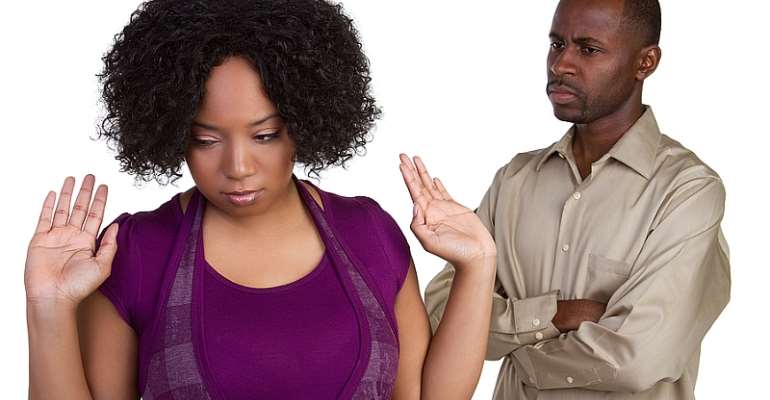 Things Women Do That Turns Men Off
Nagging
Don't nag. When you think you are being a little naggy, bite your tongue. Nagging will turn him off

One of the top-most turn offs for guys is the distressing and nagging attitude of the girls. Generally, what guys don’t like is the on-going complaints and issues raised by the girls. When you start finding faults in your guy and rise issues in everything he does, he will eventually get frustrated by you and the relationship.

Bad hygiene
Okay. You forget to… Brush your teeth. Take a shower. Smell good. Who cares, right? If it ever comes down to a debate focusing on the negatives, he does.

Bad hygiene is among the top turn offs for guys. Guys dislike bad hygiene. They avoid the company of girls with bad aroma. If you don’t clean your body, hair and skin properly, then for sure you are turning your guy off with your unbearable odor. Always remember that guys crave for fresh breath, and sweet smell of skin and clear hair. So, avoiding these hygienic acts eventually draws your guys away from you.

Flirting
Do you have amazing flirting skills?
Flirting with other guys, while being committed to someone, has been proven to be among the biggest turn offs for guys. When your guy sees you seducing other men, an utter jealousy rise in him, making him doubt you. This results into tension and a sense of devaluing which is one of the most critical turn offs for guys. Thus, you can earn your guy’s love and attention as long as your flirting is totally directed toward him only.

Too much Talking
Blabber. Blabber. Have you ever been called blabbermouth?

An excessive and never-ending talking also turn a guy off. No doubt, guys love to listen, but they hate when all they have to do is to listen all the time. This creates an imbalance in conversation when a guy is not given enough time to make his talking. A talkative girl is considered egoistic by her guy. And if she keeps on repeating this kind of conversational attitude, her guy will surely draw away sooner.

Bad reputation
What's the period of time you've been involved with a guy?

A guy admires the strong personality and good reputation. But when he comes to know that his girl does not stick for longer to a single man, he will also stay no longer. Bad morality is thus another turn off for guys. Keep this in your mind that a long-lasting relationship is offered by men only when they find you respectable. So, make your guy proud of you, or else see him walking away from you.

Bad habits
Will it turn him off?
Guys consider smoking as a disgusting habit if found in girls. A smoking girl carries bad odor and unpleasant breath. Yellow teeth and black gums will totally turn men off. Therefore, you must avoid such unhygienic addiction, in case you have. Even though smoking is not seen as turn offs for men by all guys, however, not every guy likes it much for longer.

Note - Photo used unless otherwise stated is not the property of modernghana.com.