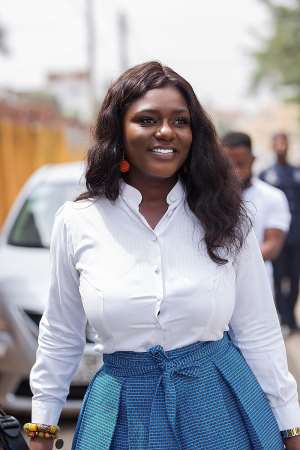 In 1900, she led the Ashantis in a war known as the ‘War of the Golden Stool’ or the ‘Yaa Asantewaa war’, against British colonialism and her contribution led to the repossession of the Ashanti golden stool.

Honouring her memories in that regard would make her contributions last in the minds and hearts of generations and encourage younger ones to strive to make positive impacts on their society and the nation at large, Mrs Dentaa said.

She made the suggestion in an interview with the Ghana News Agency on Monday, on the sidelines of the launch of the 2021 GUBA Awards in Ghana on the theme: “Celebrating a Symbol of Courage and Resilience”.

The two-day ceremony to be held in Kumasi and Accra from November 8, would honour outstanding black women of substance and with the ‘Yaa Asantewaa spirit’ who have contributed in diverse ways to human and economic growth in Ghana, Africa and the world at large.

Among them are four British black female politicians and Members of Parliament and the first Vice President of Costa Rica.

The ceremony would place special focus on the struggles of Yaa Asantewaa towards helping Ghana and sub-Saharan Africa to attain their freedom and as a way of celebrating the 100 years of her passing away.

Mrs Amoateng also appealed to the Government to consider setting aside a special day for the entire nation to honour the memories of Nana Yaa Asantewaa.

“We should have a great day to we celebrate Nana Yaa Asantewaa just as we celebrate Dr. Kwame Nkrumah, Ghana’s first President,” she noted.

She encouraged the public to display the pictures and works of Yaa Asantewaa on their social media platforms and enlighten the world on her contribution to humanity growth.

Hottest Photo Reports
Catch up with all the political quotes from our politicians.
Advertise here
More Industry News
ModernGhana Links
Wildaland: Davido, Stonebwoy, R2Bees and over 20 top acts set to headline Africa’s “Glastonbury”
Yvonne Nelson wins GH¢500,000 defamation case against Mona Gucci
Ghana is seriously sick, the system are annoying and our leaders are stealing us – Kumchacha
Kweku Darlington claims he's rich enough to buy anything he wants now after Tim Westwood
P-Square must thrash out their past or risk splitting again – says Niibi Klala
20year-old video vixen, Whitney reveals how she got her $20,000
Kumasi theatre will be completed by end of next year – Okraku-Mantey
Nigerian star Joeboy, Reveals The Secrets behind hit song Alcohol, rise of Afrobeats and culture
[Video] My BP shot up when Peace FM disrespectfully sacked me from their entertainment show — Fredyma
TOP STORIES