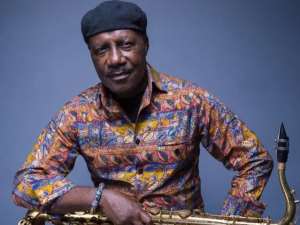 According to the prolific songwriter and trumpeter, the fallen doyen of Ghanaian highlife music Nana Kwame Ampadu whose career span throughout four decades contributed so much to the nation culturally and therefore deserves such a befitting burial.

Speaking on Adom TV, the 'Onam Dazi' crooner expressed worry about the diversity within the music fraternity of the country and this according to him has hindered its progress as unity is jeopardised.

He said this has pushed most artists to work on their own in their quest to survive.

Ambulley added that the music unions in the country have not done their best in unifying these artists using GHAMRO as an example.

Hottest Photo Reports
Catch up with all the political quotes from our politicians.
Advertise here
More Industry News
ModernGhana Links
Kumasi theatre will be completed by end of next year – Okraku-Mantey
Nigerian star Joeboy, Reveals The Secrets behind hit song Alcohol, rise of Afrobeats and culture
[Video] My BP shot up when Peace FM disrespectfully sacked me from their entertainment show — Fredyma
[Video] I attempted suicide some years back —Fredyma
WEBA 2021: Check out full list of winners
RTP Award is Ghana’s Grammy — Mahama
Sarkodie presents GMAUK Afrobeats/Afro Pop Song of the year award to Gyakie
Digitize The Creative Arts Industry To Help Generate Revenue To Support National Development - Reggae Artiste To Government
My wife broke my virginity after University in 2008 – Prince David Osei
TOP STORIES

COVID-19: Government to announce more measures ahead of Chri...
30 minutes ago