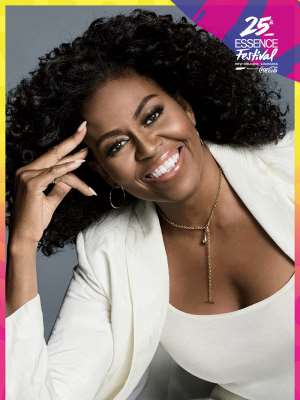 The Essence Festival, known as "the party with a purpose", is an annual music festival which started in 1995 as a one-time event to celebrate the 25th anniversary of Essence , a magazine aimed primarily at African-American women. It is the largest event celebrating African-American culture and music in the United States of America.

Locally referred to as the Essence Fest, it has been held in New Orleans, Louisiana since 1994 except for 2006, when it was held in Houston, Texas due to Hurricane Katrina's effect on New Orleans . It was also held in Durban, South Africa in 2016 and it featured artists simultaneously performing on a main stage as well as four standing-rooms with only super lounge stages.

Essence Fest returns this year with a big ‘bang’ and will take place at the Mercedes-Benz Superdome, New Orleans, Louisiana, United States from Friday July 5th to Sunday July 7th 2019. There is a lot in store for the 2019 ESSENCE Festival patrons with the recent announcement of the Forever First Lady, Michelle Obama joining the ESSENCE Festival lineup.

Making her debut at the Festival for the celebration of 25 years of moving the culture forward, the global icon and best-selling author will take part in a special keynote conversation on the Superdome main stage on Saturday, July 6 which is expected to be covered by journalists around the world.

This year’s celebration marks the 25th anniversary of Essence Festival with 25 special experiences across four days of entertainment, empowerment and community. If you are lining up plans in New Orleans, whether you are a local, new in town, or just passing through, you will be sure to find something that arouses your interest.

In 2008, for the first time since its inception, the festival was not produced by the original production team. Instead, Essence Communications, owner of the festival and the Essence magazine, contracted Rehage Entertainment Inc. A new main stage facelift was designed by production designer Stefan Beese . Starting 2013, Solomon Group became the Producer of Essence Festival and MSNBC aired live from the Essence Festival.

Commenting on the 2019 Essence Festival, the Chief Executive of Essence Communications, Michelle Ebanks said “we are indescribably thrilled and honored to have ‘Forever First Lady’, Michelle Obama as part of our 25th anniversary Essence Festival, which will mark our most exciting and extensive programming to date. As inspiring and aspirational as it is relatable, Mrs. Obama\s story, told on her own terms, is a remarkable example and celebration of everyday Black women who accomplish extraordinary things, who confront challenges with courage and truth and who reminds us that all things are possible when we support one another ”.

She further stressed that, the festival has over the last 25 years done just that – becoming a cultural home for millions of Black women to honor, celebrate and engage each other in service and sisterhood, laughter and love, empowerment and community.