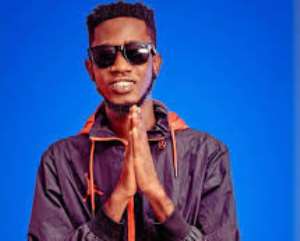 The "Meye Guy" hit Maker Andy Agyemang popularly known in showbiz as YPEE has announced that he is not under the Management of Xtwo Entertainment anymore. Thepressradio.com can confirm.

It is not clear why Andy Agyemang has snubbed Xtwo Entertainment but Thepressradio.com understands that he currently belongs to "PEE NATION" and he is the founder of the named Record Label.

Xtwo Entertainment is the Record label that lifted Andy Agyemang from Underground, made him popular with his favoured song "Meye Guy" Remix which was featured by one of the biggest artists in Ghana (Sarkodie) and AMG star Medikal.

According to a source, The personality Xtwo Entertainment featured on "Meye Guy" song helped Andy Agyemang began his instrumental career in the Showbiz business.

With an experience gathered by Andy Agyemang has made him realize that he is now strong and capable to have his own Record Label which he can employ personnel to manage his music career.

In a letter announcing his resignation, YPee expressed appreciation to Xtwo Entertainment for their instrumental contribution and support to YPee and his career.

"In fact very excited and most grateful working with Xtwo Entertainment," he stated.

" With immediate effect, all communications and inquiries with XTwo Entertainment concerning YPee and his work should be done directly to "PEE NATION".

YPee apologized to all his fans and support of this decision and any inconvenience it may cause and appealed for support to achieve his career in the showbiz.