Iyanya, Beverly Osu, Others To Appear On New Season Of MTV Base Fit Fam 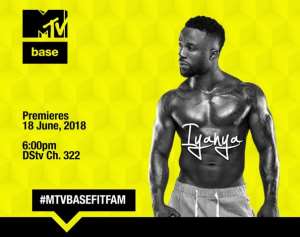 MTV Base’s adorable VJ, Folu Storms, is back with a brand new season of the MTV Base’s hit show ‘Fit Fam’. The new season will feature a number of celebrities working up a sweat as they show their fans how they get their bodies ready for summer.

For all you gym enthusiasts out there, you can be expect to be thrilled with this new season as Fit Fam takes things to a whole new level.

Catch the new exciting show on MTV Base DSTV channel 322 by 6pm on 18th June.

Watch the exciting teaser below: