Kotoko Part Ways With Godwin Ablodey And Six Others 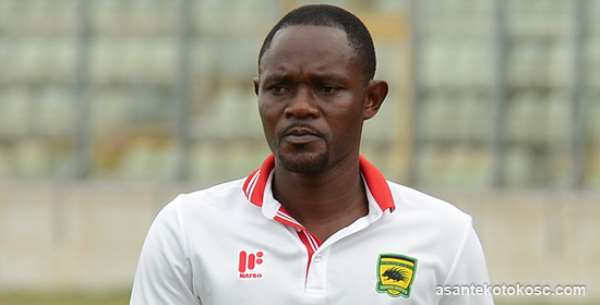 According to reports, the move is aimed at down sizing the technical team of the Kumasi giants across all units of the team.

Ablordey, a CAF License A coaching certificate, was in the club's books as technical director of their Youth Team.

The former skipper of the side previously served the club as Team Manager and Assistant coach of the first team.

Prince Adu Poku had not been re-assigned after being replaced as Team Manager.

Kotoko's head of administration and legal affairs Lawyer Sarfo Duku explains: ''They have not been working for the past three years.

''Some of them have not been working for two years and more.

''We have communicated the decision to the affected individuals. As Management, we have the responsibility to be prudent in our handling of the club’s finances, and this exercise is to ensure exactly that.

''We have communicated the development to the affected individuals and also we thanked them for the services they rendered to the club.''

The rest are long-serving masseur Richard Hammond, and the security personnel at the club’s former training ground Achulo Gonja.