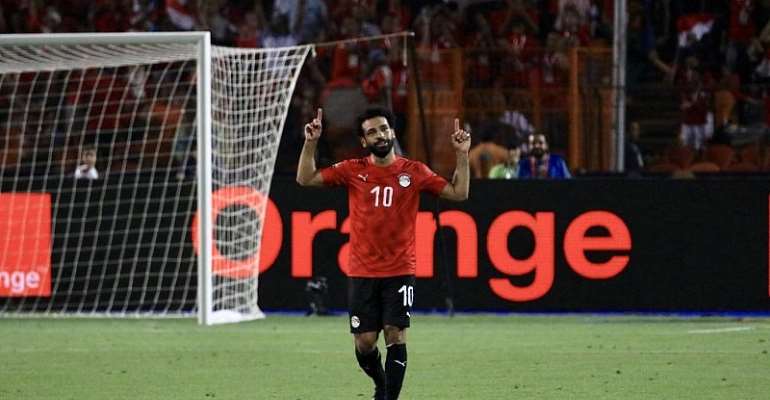 Egypt and Nigeria advanced to the last 16 at the Africa Cup of Nations on Wednesday night following wins over Guinea and Democratic Republic of Congo respectively.

Nigeria were the first to progress after a Kenneth Omeruo header edged them past a stubbornly unimaginative Guinea in Alexandria.

In the capital, Egypt rode their luck to subdue a Democratic Republic of Congo side that had awoken from the sloppy slumber that was its opening match against Uganda on 22 June.

The Congolose struck the woodwork either side of Ahmed El Mohamady's opener for the hosts in the 30th minute.

Chance
And once Mo Salah stroked in the second just before half-time, there was no way back for Florent Ibenge's men who have to rack up a big score against Zimbabwe in their final game to have any hope of progressing as one of the four best third-placed teams.

“We'll just try and win and see what happens,” said DRC striker Yannick Bolassie. “We were much better against Egypt than we were against Uganda. I think this was more the real image of Congo. And hopefully we can take on to the next game.”

DRC's do-or-die match against Zimbabwe will be played at the 30 June Stadium on 30 June.

Uganda and Egypt will play at Cairo International Stadium at the same time to determine who will top Group A.

Uganda are in contention for the accolade after a 1-1 with Zimbabwe at the Cairo International Stadium.

Emmanuel Okwi scored the opener for Uganda after 12 minutes. He tapped in after Zimbabwe goalkeeper George Chigova had parried Lumala Abdu's shot into his path.

Khama Billiat equalised just before half-time.
After the pause, Zimbabwe should have been out of sight. But they will rue their wayward finishing in the second-half especially skipper Knowledge Musona who was guilty of a dreadful miss.

From a few metres out, he sidefooted the ball onto the cross bar with the goal gaping before him.

“We dominated the game and on another day, it would have been 4 or even 5-1 to us,” said Zimbabwe defender Alec Mudimu. “But that's football. Sometimes it's cruel. But we'll be ready for the last match.”