Too Good, Too Bad: The Best And Worst Of Ghanaians Abroad 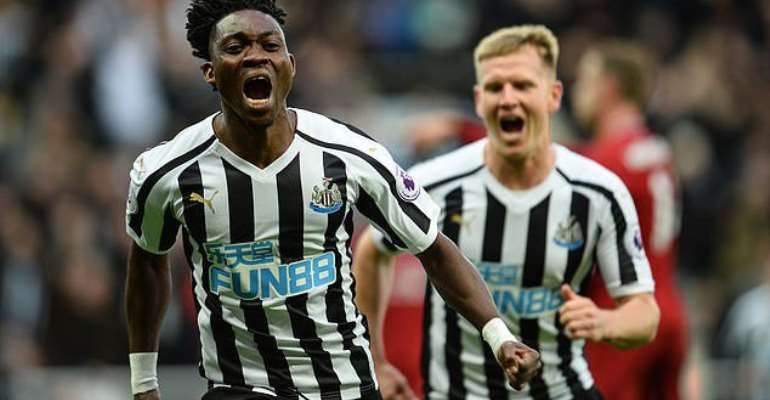 Too Good: Frank Acheampong - The winger netted his third goal of the season to help Tianjin Teda snatch a 1-1 away draw at Wuhan Zall in the Chinese Super League on Saturday. The game was his eighth appearance of the season.

Good: Jordan Ayew - It was a refreshing sight for Ghanaians as the striker was handed his first league start since February 2 in Crystal Palace's 3-2 triumph over Cardiff City in the English Premier League on Saturday. There was a good performance too, capped by a deflected pass which was slammed into the net by Michy Batshuayi for The Eagles' second goal.

Too Bad: Nicholas Opoku - The centre-back was once again missing from Udinese's matchday squad over the weekend. His absence from Saturday's 0-0 draw with Inter Milan makes it five straight games out. It is suspected that the 21-year-old's continuous absence is due to injury.

Too Good: David Accam - An 85th-minute substitute, the winger made the most of his limited playing opportunity as he netted three minutes into his introduction to seal a 6-1 win for Philadelphia Union over New England Revolution in Major League Soccer on Saturday. It was his fourth goal in eight matches.

Too Bad: Alhassan Wakaso - The midfielder saw red for a second bookable offence as his Guimaraes outfit were held to a 2-2 draw by Nacional in the Portuguese topflight on Sunday. So far in this campaign, the 27-year-old has made 30 league appearances - all starts - and scored twice.

Sensitize School Children On Wearing Face Masks Before And A...
1 hour ago