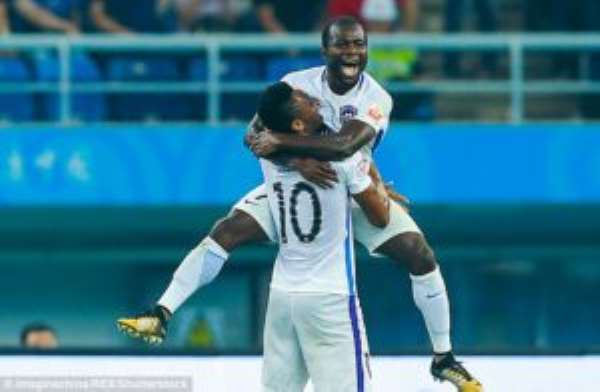 Frank Acheampong recovered from a penalty miss to score his 11th goal for Tianjin Teda in their 2-1 win over Hebei in the Chinese Super League on Sunday morning.

Tianjin were hoping to recover from a 3-0 defeat at home to Guangzhou Evergrande in midweek when they travelled to the Langfang City Sports Center.

However, they were pegged back after Moroccan striker Ayoub El Kaabi scored from the spot in the 18th minute to hand the hosts the lead.

Tianjin were presented with a big opportunity to level the scoreline but they fluffed the chance after Acheampong missed from 12 yards.

The Ghana winger atoned for the miss as he scored an incredible goal in the 63rd minute to pull parity before substitute Weijun Xie grabbed the winner for the visitors in the 88th minute.

Acheampong enjoyed full period of action for the Blue and White lads.

It was his second successive goal in the second half of the campaign.