Interview with Stoke City U21 striker James Alabi: 'I d love to play for Ghana, I hope to reach that level of quality' 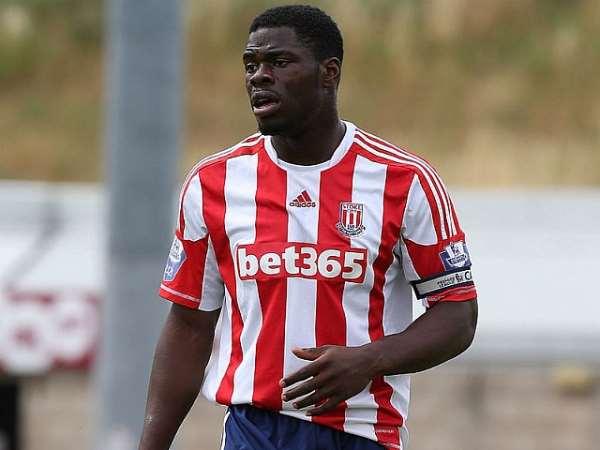 By Akyereko Frimpong Manson
Follow Akyereko on Twitter: @ Akyereko
It's Sunday morning and the 'powerful' Stoke City U21 striker James Alabi agrees to speak with GHANAsoccernet.com about his future and dreams at the Britannia Stadium.

The 19-year-old will return to Staffordshire at the end of the season from League Two side Scunthorpe United where he spent the second-half of the current season and is likely to enjoy first team training under Mark Hughes and hopes to get his chance.

“I'm striving everyday to improve to break into the 1st team. I am eager for the manager to give me a chance so I can show him what I can do.”

However breaking into the first team squad of a Premiership side and forming an integral part of their strikeforce demands a track record and his form at Scunthorpe would be a yardstick when he return. But the youngster says he is eager to play more and rake in some pretty more goals.

“I have played average but I believe I can do much better and I will continue to try my hardest. I have scored 1 goal on loan at Scunthorpe.” “Stoke City are now different under the new manager. We were defined by brute force players like Dean Whitehead and Andy Wilkinson in previous years, now we have signed artist players like Arnautovic and Brek Shea.”

So what type of striker is Alabi? Maybe he has still got some tiny slice of Pulis' philosophy at the club lingering around his play. But he describes himself as an out and out striker. Alabi in action for Stoke U21
“I'm a tough and strong out and out striker on the front line. I also use my pace behind the defence.”

His mind drifts quickly to his quality when he is asked about his interest in representing Ghana at the international. Alabi radiated with some bit of exasperation when I asked him whether he is of a Ghanaian origin. Well he 'thought' everybody knows about his roots. Nonetheless, there is a strong desire to represent Ghana.

“I would love to play for Ghana one day, I hope to improve and reach that level of quality.”

And, he also harbours Uefa Champions League dreams. His is not with the English nobles Manchester United and Liverpool and avant garde Chelsea nor the grandees in Spain but with Stoke City.

“I want to reach the highest level as a footballer and play in the Champions League with Stoke City.”

And, in that same club. His role models and mentors.

“I look up to Liam Lawrence, former Stoke City player, as he is renowned for being a great team player. I also look up to the skill and artistry of Mama Sidibe. My other role models are Brek Shea for his dedication and professionalism, Ricardo Fuller for his temperament and discipline and Salif Diao for his vision and killer passes.”

He smiles with modesty and shows a Ghanaian parting courtesy.

“Thank you for this opportunity.”