Awareness creation on breast cancer is paramount for healthcare delivery 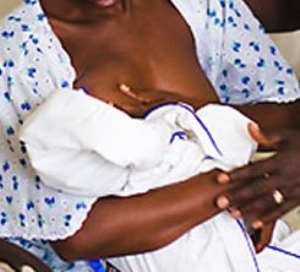 Dr Wiafe Addai said if the country had all the equipment and human resources but the people were not made aware of the disease, it would still remain a frightful health menace.

Dr Addai, also the Chief Executive Officer (CEO) of Peace and Love Hospitals, said this in an interview with Ghana News Agency (GNA), after the launch of breast cancer awareness month celebration at Bechem in the Tano South District of Brong-Ahafo.

“There is the need for urgent and concerted effort from all stakeholders to address these issues, which can be achieved through public breast healthcare awareness campaigns,” she said.

“The disease is not painful at the beginning, so is only through screening conducted during awareness campaigns that we can identify the early stage of it,” she said.

Dr. Addai expressed worry that “the high rate of illiteracy, ignorance and poverty are barriers in the fight against breast cancer” in the country.

She said Breast Self-Examination (BSE), Clinical Breast Examination (CBE), the use of Mammogram, Ultrasonography and Biopsy were all available means for early detection of the disease.

She disclosed that in 2010, about 2,062 women were diagnosed with the disease in Ghana and about 20,000 women were estimated to have been screened in Ashanti Region alone this year.

The BCI is a Kumasi-based non-governmental organisation that has over the past years been promoting public awareness on breast cancer in Ghana.

Mr Eric Opoku, Deputy Brong-Ahafo Regional Minister, in an address delivered for him, patients should seek early medical attention or treatment when the symptoms of the disease appeared.

He said that could help to make the illness milder and recovery faster to save the life of the affected person.

The Deputy Regional Minster said history had shown that suffering from the disease could be a trauma that bred fear and uncertainty and therefore advised affected persons not to aggravate the situation by acting out of desperation.