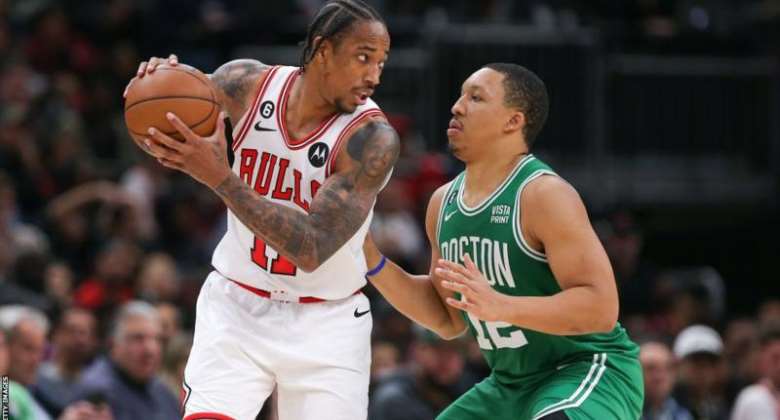 The Boston Celtics' nine-game winning streak was ended by a 121-107 defeat at the hands of the Chicago Bulls.

DeMar DeRozan scored 28 points and Zach LaVine 22 at the United Center in Chicago as the Bulls ended a four-game losing run.

The Celtics' Jayson Tatum scored 28 points - he also had 11 rebounds and seven assists - and Jaylen Brown 25.

The Celtics remain top of the Eastern Conference with a 14-3 record, while the Bulls are 11th.

The depleted Golden State Warriors fell to a resounding 128-83 defeat at the hands of the New Orleans Pelicans.

In Wisconsin Giannis Antetokounmpo scored 37 points despite struggling at the free-throw line as the Milwaukee Bucks overcame the Portland Trail Blazers 119-111.

The Cleveland Cavaliers beat the Atlanta Hawks 114-102 to record a third successive victory, while there were also Monday night wins for the Los Angeles Clippers, Minnesota Timberwolves, Indiana Pacers and New York Knicks.