The Return of Milo: A Spent Force or A Force To Reckon With? 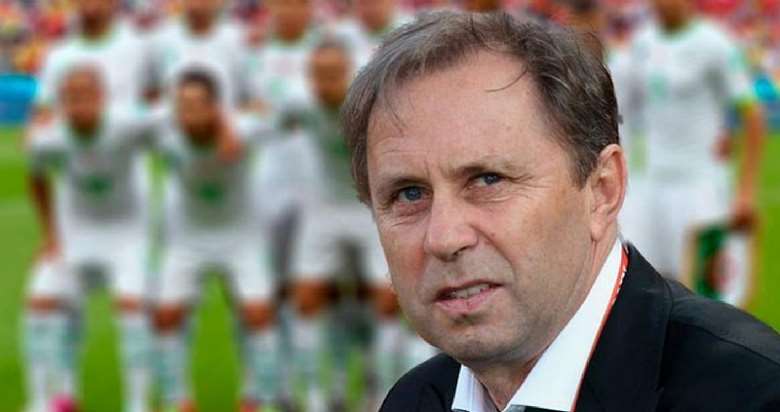 After all the assumptions and speculations, the eagle has finally landed. Coach Milovan Rajevac is back in Ghana as Black Stars' gaffer once more.

The Serbian in his last relationship with the Black Stars excelled beyond reasonable doubt by leaving an indelible mark in the annals of Ghana football.

Like every other human being, he ditched the team to seek for greener pastures after enriching his curriculum vitae (CV) in Ghana.

His decision to leave did not come as a surprise because he had led the team to the Quarter-Finals of the World Cup with just a kick away into the semis which was excruciatingly denied by Luis Suarez.

With such a stupendous performance, it was just a matter of time for him to leave because it takes deep pockets to keep such a calibre of coach and with our financial predicament, we could not hold on to him.

Unfortunately, he was not as successful with other teams as he was with Ghana, making him a nomadic coach after his romance with the Black Stars withered.

What Does He Bring To The Table?

In Milo is a tactical gem, though his tactics sometimes get us sitting on pins and needles, coupled with his one goal project. That notwithstanding, he gets the job done.

His affinity for young players is unparalleled. He gave the likes of Samuel Inkoom, Dede Ayew, Emmanuel Agyemang Badu and a host of others the opportunity to shine at the AFCON in 2010 in the absence of some senior players due to injury. Those young players went on to become the backbone of the team at the 2010 World Cup.

Another good quality of Milo is that he is no pushover. He has got the heart to take the unpopular decisions, damning the consequences.

He benched the poster boy of Ghana, Stephen Appiah and experienced midfielder, Sulley Ali Muntari in some matches to the chagrin of the powers that be at the 2010 World Cup, but was able grind out results.

With the kind of system we find ourselves, such strong willed coaches are those needed to man our dug out; being someone who can parry all influences within and outside the corridors of Ghana football.

What are Cynics Saying or Asking?

Milo is not loyal! Per his previous behaviour, should a mouthwatering deal be dangled in front of him, he will not think twice about leaving us again. I pray there is a clause in his contract that will pin him down or make it difficult for him to abandon ship midway through the journey.

If Milo is a coach worth his salt, why did he fail at other jobs? This shows that Ghana had the materials needed to scale all hurdles, and with his technical guidance, they achieved success.

Another critical question is that, why has Milo not been signed by a top club or a great footballing nation since he left Ghana? Your answer is as good as mine.

Is Milo aware he is not going to get same or better players that he got in his first stint and that he is going to start from scratch? The current players do not match up to the 2010 AFCON and World Cup Squads. This is the time for him to show the nation that he is and has always been good.

With what he has done after leaving Ghana, I doubt he possesses the magic wand to turn around the fortunes of Ghana football. The GFA could have gone a notch higher, but that comes with digging deep into the reserve to attract a world class coach, so we have to make do with Milo.

In this our ailing economy, $30,000 monthly salary is huge, so he should do what is necessary to warrant the salary by delivering the golden fleece that has eluded Ghana for years.

Latest Photo Reports
Catch up with all the political quotes from our politicians.
Advertise here
More Opinion
ModernGhana Links
Is Asante Kotoko’s Mbella Etouga Worth The Hype ?
How a psychologist and an injured knee almost robbed the world of Pele
The state of sports betting in Ghana
Manchester United Cursed?
Ekow Amoasi writes: Otto Addo, the man who has turned water into wine
African teams need to avoid another World Cup disaster
Against all odds
Volleyball, a panacea for national unity: The General Gagariga Example
Does Otto Addo have the magic wand to change the fortunes of Black Stars?
TOP STORIES