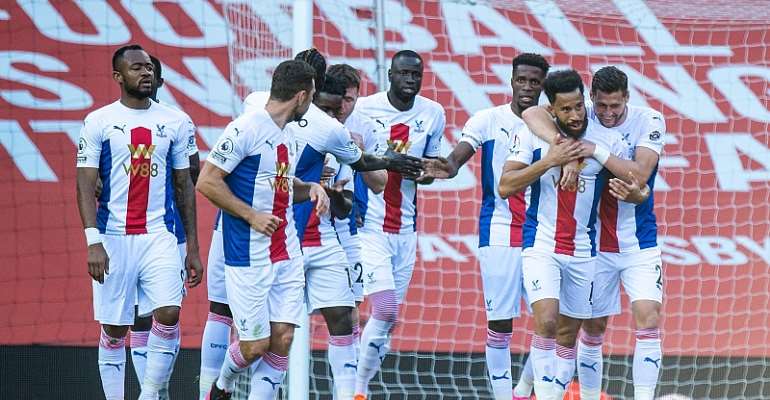 Ghana international Jeffrey Schlupp provided an assist on Saturday evening to help his Crystal Palace outfit cruise to a resounding 3-1 win against Manchester United at the Old Trafford.

The left-wing-back was deployed in an attacking role today to provide support for his compatriot Jordan Ayew who led the attack of the Eagles team.

Just after 7 minutes of play, a good display from Crystal Palace produced a goal as Jeffrey Schlupp assisted Andros Townsend with a sumptuous low cross for the equalizer.

Despite pushing to draw level, a determined Eagles defense meant that Manchester United went into the break trailing.

In the second half, Crystal Palace matched the opponent boot for boot as they caused all sorts of problems with occasional counter-attacking plays.

On the 73rd minute, Jordan Ayew won a penalty for his team when his effort at goal hit the arm of Victor Lindelöf. His effort after stepping up to take the sport kick was however saved by David De Gea.

Fortunately for Crystal Palace, VAR called for the penalty to be retaken. This time around, Wilfried Zaha took charge of duties and equalized to double the lead for the Eagles.

In the final 10 minutes of the game, Donny van de Beek netted a consolation goal for Manchester United while Wilfried Zaha equalized again to complete his brace to wrap up a 3-1 win for Crystal Palace away at the Old Trafforf.