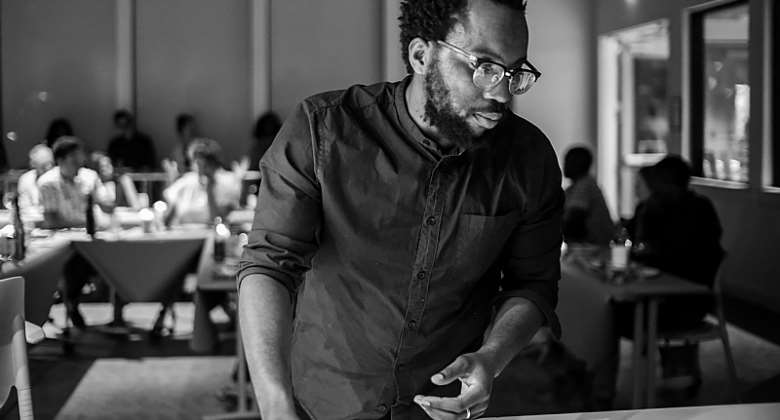 Akintunde Asuquo Osaigbuovo Ojo Wey, popularly known as Tunde Wey, is a New Orleans-based writer, activist-artist, and celebrity chef. Tunde was born in 1983 to a comfortably middle-class Yoruba family; his grandfather had been second-in-command during the military junta that ruled the country from 1966 to 1979. Tunde was born in Lagos, Nigeria, before moving to Detroit, Michigan at age 16 to complete his education.

He intended to become a lawyer before realizing that cooking was his true passion. Wey's restaurant pop-ups in New Orleans, Detroit, and Nashville, which charges white customers "reparations" prices for food, have been written about in the New York Times Magazine.

Currently based in New Orleans, he doesn’t only cook and serve food—he also asks diners to engage with inequality in the United States. In 2016, Wey started the Blackness in America Dinner Series, which offered a chance for people to come together in 14 cities across the country to discuss how blackness intersects with their work and lives.