IK Ogbonna Lands In Trouble Over Hand On Actress‘Milk Factory’ 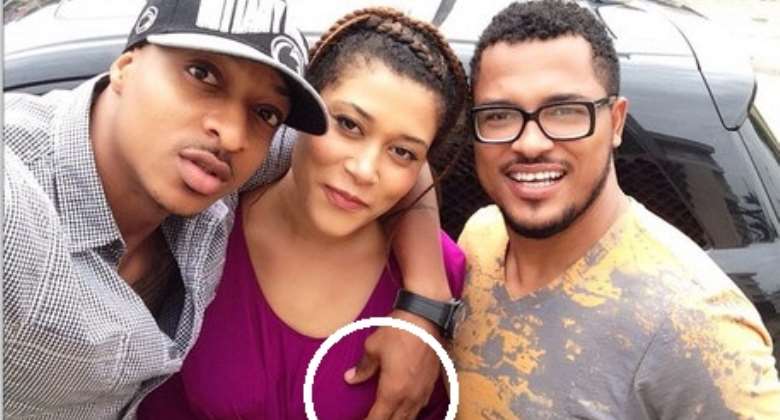 A selfie posted by Nollywood actor, IK Ogbonna, may have landed him trouble due to what looks like him placing his hand on the mammary gland of an actress named Adunni Adewale.

Soon after he posted the picture, which also has Van Vicker in it, fans question his reason for placing his left hand on the actress' left 'orange' in the photograph.

However, he clarified that the camera angle may have played the trick on him, noting that he did not touch one of the actress' 'twin towers'. “y'all not serious .. La hand is not on le boooooobz .. Ze camera angle is playing some shoki,” he jokingly said.

The actor is currently on location for a movie shoot.

'Parties must have functioning offices, file their accounts ...
18 minutes ago