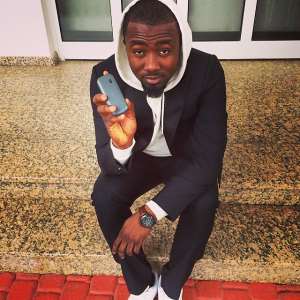 There is the saying that 'money makes the world go round,' but at this point, we are beginning to see some changes with some billionaire's lifestyles.

While Nigerians are still grumbling on the matter, Nigerian rap artiste, Ice Prince Zamani, has also joined the click of humble men when he boast about his new phone which he says is louder than his studio monitor.

“My new phone got a torch light, speakers louder than my studio monitors and can go a week without charging! I found love with N4000.”