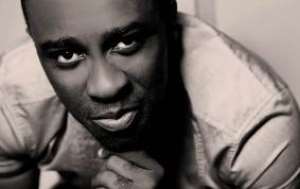 It's now official that host of Who Wants To Be A Millionaire, TV personality and Compere Frank Edoho will host the second edition of Club Ultimate, holding in Lagos on the 13th and 14th of December at Oceanview by Eko Hotel, V.I


Club Ultimate, a 'never-seen-before' City to City club experience will transform Oceanview, in VI, Lagos with a spectacular night of whimsical world class stunts, music and theatrics, delivering the ultimate clubbing experience ever.

Frank Edoho who's perfected the act of compering over the years will be the soul of the exclusive event which will feature a glam red carpet team, four of the hottest DJs in Nigeria, and a special surprise package that would set the standards of what to expect at an unusual clubbing event.

Club Ultimate performances include a never-seen-before DJ battle from the iconic DJ Jimmy JATT, DJ Humility, DJ Neptune and DJ Xclusive. Many more performers from here and abroad will join the DJs for the Lagos edition of the groove on the move.

For a chance to win exclusive invites for the club gig of the year, join the conversation on twitter with the hashtag #ClubUltimate.