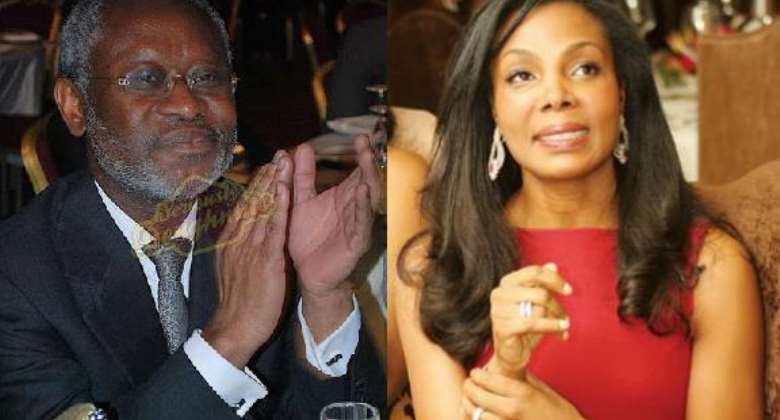 According to a report in Encomium magazine, Nike Oshinowo's estranged husband, Dr Tunde Soleye has been asked by a Lagos High Court to give his ex-wife Dr Mrs Funmilayo Soleye 100,000 pounds and N20million as divorce settlement, and also relinquish their London home to her.

Mrs Funmi Soleye filed for divorce after her husband of 28 years and father of her three children, Tunde Soleye married former beauty queen, Nike Oshinowo traditionally. The court did not only grant Mrs Soleye divorce request, they also asked Dr Tunde Soleye to compensate her by paying N5million for wrecking her marriage and causing her pain.

Nike and Dr Soleye have since parted ways.

Their official press statement read: “Dr. Ayotunde Soleye and Chief Adenike Oshinowo have decided to live apart for now, while they work on their differences. The couple, who have been married for six years, have requested for their privacy to be respected during this difficult time.

“They hope you that you will put them in your prayers. Thank you.”

Akufo-Addo doesn't have to advertise his reshuffle — Kyei-Me...
27 minutes ago

Stop threatening ECG Staff, we are losing out livelihood — N...
27 minutes ago