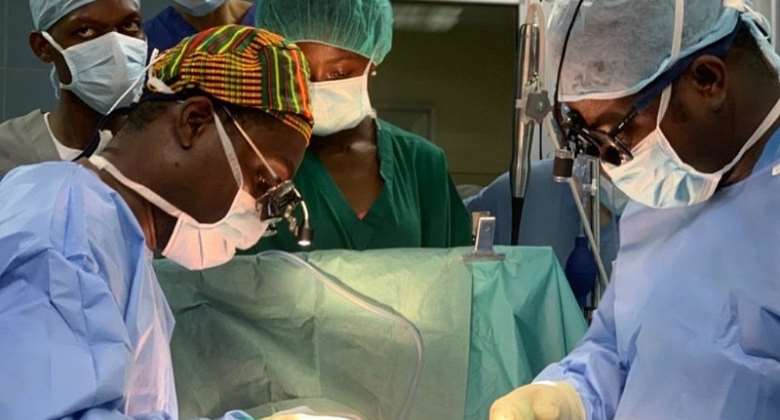 The medical staff of Ankaase Methodist Hospital in the Afigya Kwabre South District in the Ashanti Region have threatened to suspend their services after an armed robbery attack led to the death of a 35-year-old biomedical scientist who was returning home from work.

Stephen Kwabena Nyamekye, the biomedical scientist, was attacked on the deplorable Ankaase-Ntonso road and sustained body and head injuries.

He died at the Komfo Anokye Teaching Hospital (KATH) where he was referred to for medical care.

He is survived by a pregnant wife and two children.

The General Manager of the hospital, Mr Joseph Atta Amankwah, said one other medical doctor at the hospital, Dr Dase Dani, escaped death narrowly when robbers attacked him last month on the same road while on his way to work.

He said early in January this year, a rotational nurse was also attacked on the same road after close of work and attributed the spate of robbery attacks on their staff to the deplorable road which he said had created a haven for robbers to lay ambush and attack them at vantage points at dawn and dusk.

No more risk
At a media briefing, Mr Amankwah said if nothing was done to improve the quality of the five-kilometre road that links Ankaase to the main Mampong highway, they would be forced to suspend their services.

“We wish to categorically state that we shall no longer risk our lives in the name of saving lives in the midst of this pandemic. If in the foreseeable future we do not see evidence of work on our road with improved security, we will be forced to suspend services so as to protect ourselves from needless injuries and premature deaths,” Mr Amankwah said.

Our territory
“Armed robbers have taken over our territory with impunity. Staff who for some reasons are called to attend to emergencies always bid their loved ones goodbye before heading to the hospital because they are not sure if they would return whole to see their loved ones again.

“There is not a single month that we do not witness or hear of armed robbery attacks on our roads, with some of the hospital staff as victims,” he bemoaned.

“The road is so bad that ambulances sometimes get stuck when transporting patients.

“There has been several instances where pregnant women have delivered on the road and also had life-threatening abortions and pre-term labour. The road is so dark in the night that armed robbers find it easy to operate at night and dawn in the area,” he added.

Catchment population
Mr Amankwah said in spite of the numerous challenges confronting them, they served a catchment population of about 200,000, including patients from Yeji, Kintampo, Attebubu, the Kumasi metropolis and Mampong.

“This hospital is by no means a small health facility. It has been contributing its quota to the development of the nation because in 2019 alone, we attended to 90,000 out-patients, managed over 8,000 in-patients, operated on 1,950 patients and delivered 1,920 babies,” he noted.