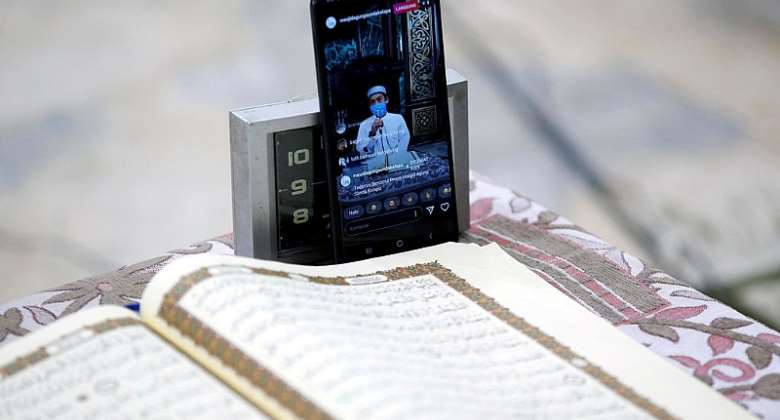 Technology has come to the rescue for Muslims in Italy during the holy month of Ramadan. As the country begins to ease coronavirus restrictions, Friday prayers are being streamed on Facebook and moments of collective reflection are also being broadcast online. Islamic leaders have called this Ramadan a time to reflect and re-discover the family.

In Florence, imam Izzedin Elzir, former president of the Union of Islamic Communities and Organisations in Italy, UCOII, says this year's Ramadan festivities will be as big as ever – except the celebrations will take place in people's homes, with the call to prayer to be live streamed on social media

"The Friday prayer sermon during Ramadan will be streamed on Facebook in order to reach all the faithful in their homes," Elzir said. "And lessons and moments of collective reflection will also be broadcast online."

Bouchaib Tanji, spokesman for the Islamic Cultural Association, asked regional television channels to provide them with a few minutes for the call to prayer with a short reading from the Quran.

Muslims in the country are estimated to account for five percent of the population, around 3 million, and have had to adapt to these difficult times of pandemic.

Just like churches across the deeply Catholic country, hundreds of mosques will remain empty at least until May 4, when the nationwide lockdown officially ends.

The annual Ramadan event in Italy called “Open Mosques”, which welcomes the wider community to Islamic places of worship, has been called off across the country.

Religious leaders at the Great Mosque in Rome, the largest in Europe with its capacity of 12,000 people, have said that community prayers and the breaking of fasting cannot be carried out as customary in the current circumstances.

They have told Muslim faithful they are called to a further test and greater effort to profess their faith as they live their fasting in isolation at home.

The Islamic Centre has recommended that all Muslim continue to respect and observe the Italian government's rules aimed at limiting the spread of coronavirus infections.

In early March, mosques and other places of Muslim prayer were ordered to close allowing only funerals to continue to take place – but only under strict social distancing rules, behind closed doors and just among close family members.

Handshakes and greetings with the traditional kisses on the check were also banned.

Imams and Islamic leaders have been telling the faithful that they should turn this unprecedented Ramadan into “a precious opportunity to rediscover family relationships and reflect”.

“While this holy month will be spent differently to the ones in past years, relegated to our homes, we must not be discouraged nor lose hope, but keep our faith and the spirit of brotherhood strong at this time," said Yassine Lafram, president of the UCOII in Italy, at the start of the fasting month on Friday.

“The Islamic community calls on Allah to eradicate this ill which is afflicting us and to preserve our country. We renew our condolences to the families of the dead and we wish those who are sick that they will soon get better."

The Covid-19 crisis has caused an emergency in the Islamic community as it seeks burial places for the dead. While waiting for the lockdown restrictions to be lifted, Islamic leaders have for the time being decided to suspend the option to repatriate bodies to their countries of origin.