How Well Do We Understand Incest? 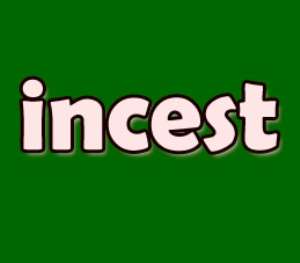 The conceptualization of incest is not an easy one because societies vary in terms of culture and values. Hence, what constitutes incest may vary accordingly. However, there are some universal rules that govern the conceptualization of incest: it may be a proscribed or prescribed marriage form, a taboo, prohibited coitus, and/or child abuse. As a proscribed or prescribed marriage, some culture and societies have historically permitted brother-sister marriages as in the case of the ruling families of Egypt (Firth, 1994). Such proscriptions were mainly for the purposes of maintaining or keeping resources within the circles of the family. Another conceptualization of incest is in the sense of prohibited coitus. Thus, this conceptualization denotes that the sexual relation should not necessarily lead to marriage before it will be concerned incestuous. Once the is coital relation with persons of close kinship (related by blood, consanguinity, adoption or marriage), then that sexual relationship can be deemed as incestuous.

In some jurisdiction too, incest has been conceptualized as a taboo. Thus, it is banned on the premise that it is not morally sanctioned. This is particularly amongst religious movements and sects. For instance, the old testament of the Christian bible and the Torah of the Jews assert that incest is an abomination unto the Lord. This is seen in Leviticus 18, an entire Chapter that talks about unlawful sexual relations. In Leviticus 18, the writer spells out that incest can be illicit sexual relation between people bonded by blood: father, mother, siblings (Lev. 18:10-12). Within the same text, there is a disposition which posits that incest can mean illicit sexual relation between tied by consanguinity, that is, traced to one ancestor as it is in the case of an aunt, uncle, or cousin (Lev. 18:12-14). The text also contends that incest can happen between people related by marriage as it is in the case of in-laws (Lev. 18:15-18). Thus, such conceptualization presents incest as a taboo.

The challenge people have about what constitutes incest arises from the social structure that is defining the incestuous act. Society is segmented into different clusters of significant influence. We have the legal regulatory systems, culture and tradition, religion, etc. All of these significant others are instrumental in shaping our understanding of incest. For instance, in the Ghana’s Criminal Code, 1960, incest is defined based on kinship by blood. Therefore, it is criminal for a male or female to have carnal knowledge of an individual the person knows to be her grand-son, son, brother, father or grandfather; grand-daughter, daughter, sister, mother or grandmother; half-sister or half-brother. In this regard, the person is said to have committed an offence and shall be liable on conviction to imprisonment for a term of not less than three years and not more than twenty-five years. However, cultural wise, among Akans for instance, marriage or coital union between people related by consanguinity is prohibited. Therefore, cousins cannot marry but in the eyes of the law, this does not amount to incest. Such nuances and uniformed categorization of what incest is will perpetually put us in a dilemma.

In summary, incest taboos are needed as a form of sexual regulation lest, there will be suspicion and hostility among people related by kinship, i.e., by blood, consanguinity, adoption, or marriage. However, the uniformed conceptualization of incest across geographical space can become a recipe for disaster as endogamy will abound and diversity of the human race stifled. Hence, we need to work collectively as residents of this planet not a region or country, to develop an all-encompassing working definition for incest to promote social order and diversity of nature.