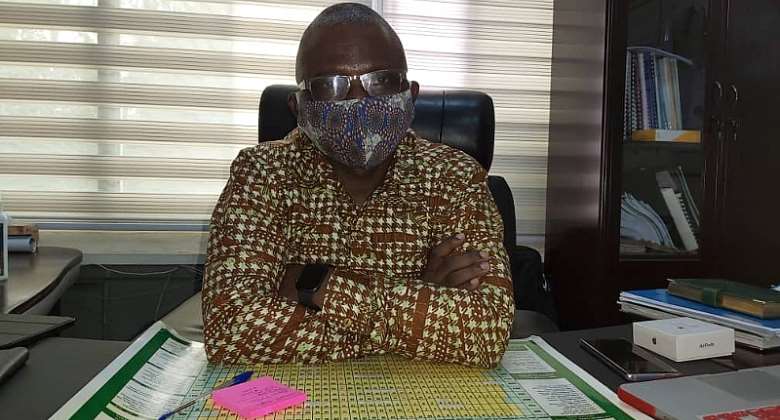 Some seven people have died from Cerebrospinal Meningitis (CSM) in the Upper East Region.

Out of 71 suspected cases reported between January and April 2020 in the region, 21 were tested and confirmed positive of Meningitis with seven succumbing to the disease.

The other persons are still receiving treatment.

Speaking to Citi News, the Upper East Regional Director of Health Services, Dr. Winfred Ofosu explained that, though the cases have been sporadic, there are enough antibiotics to treat affected persons who report to the hospital on time.

“So far, from January to date we have 71 suspected meningitis cases. About 21 have been confirmed positive and we have recorded seven deaths…For the confirmed cases, we have enough antibiotics to treat them,” he said.

Dr. Ofosu said, the region was not in an epidemic situation and hence there is no need for vaccination.

“We haven’t reached a point where we will need vaccines. We use vaccines when we get the outbreak in clusters but the outbreak we are seeing now is sporadic so, we have not reached the epidemic level… When an area reaches an epidemic level for two consecutive weeks, then we have to mobilize vaccines to vaccinate that particular area,” he added.

“Anyone with sudden headache, cold or stiffness of the neck should report to the nearest health care facility for us to assess and treat the person because meningitis kills so fast, faster than COVID-19,” he appealed.

The Upper East Region lies within the meningitis-prone belt of Africa and usually predominant between January and May every year.

Residents are advised to drink a lot of water, sleep in well-ventilated rooms, avoid overcrowding and observe good personal hygiene.

The Upper West region has also recorded about 40 deaths from the disease out of the about 258 confirmed cases.

The Ghana Health Service (GHS) in the region recently attributed the challenges with tackling the disease to the lack of financial resources.

A team of experts were on Thursday, April 16, 2020, dispatched to the region to help fight the increasing numbers of Cerebrospinal Meningitis (CSM) there.

The region has already commenced an audit of the CSM deaths to enable the Ghana Health Service to review the treatment protocols.