France: 5 to 7-year-olds first back to school after coronavirus school closures 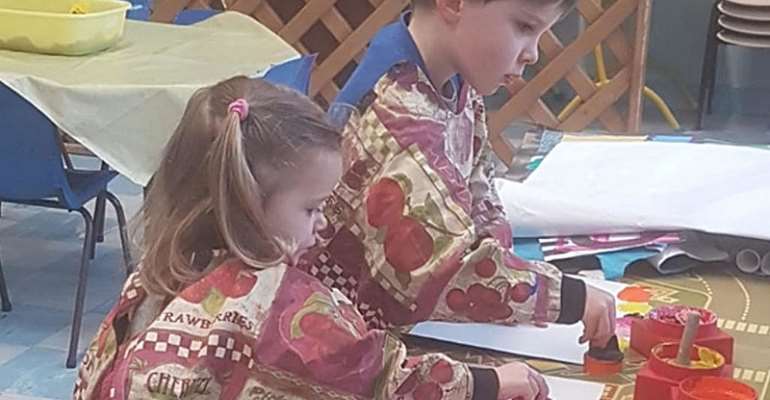 Amid concern among parents and teachers about the planned re opening of schools on May11th, the education minister Jean-Louis Blanquer outlined the likely arrangements for returning children to school to a parliamentary committee on Tuesday.

Schools in France have been closed since March 16 and the idea is that pupils will return in stages over a three week period starting on May 11.

Blanquer says plans are being drawn up in consultation with teachers and local authorities with reference to Germany's experience in easing lockdown.

Scheduled return
The first pupils to return will be the 5-7-year-olds as well as those in their final year of primary school.

A week later, all other pupils should return.
Under the plans, no more than 15 students would be allowed in a classroom together, so classes will be split into groups and while some are being taught, others will do sports activities or study in a different room.

Blanquer told the committee that, before school resumes, clear rules will be established on tests for coronavirus and the wearing of masks.

Though he didn't give details, he said no school would re open without the equipment deemed necessary.

Decision criticized
The government has frequently cited the difficulties faced by disadvantaged children as one of the key factors in the move to re open schools, but the decision has been criticized by teachers and parents.

“We are not yet sure whether we will have masks, whether the children will have masks, how we will put distancing rules into practice .. 15 pupils can be a lot in one classroom,” said Francette Popineau, the Secretary General of one of the Snuipp-FSU, the largest union among primary school teachers.

“I get the feeling that they're keen to send signals about a return to normal life but that they haven't thought the procedure through,” she added.

Education Minister Jean-MIchel Blanquer told the committee that the plans are still under discussion and will be ready by the end of April.