COVID-19: Mandatory use of the mask must still go with all the other preventive measures- Dr Dacosta 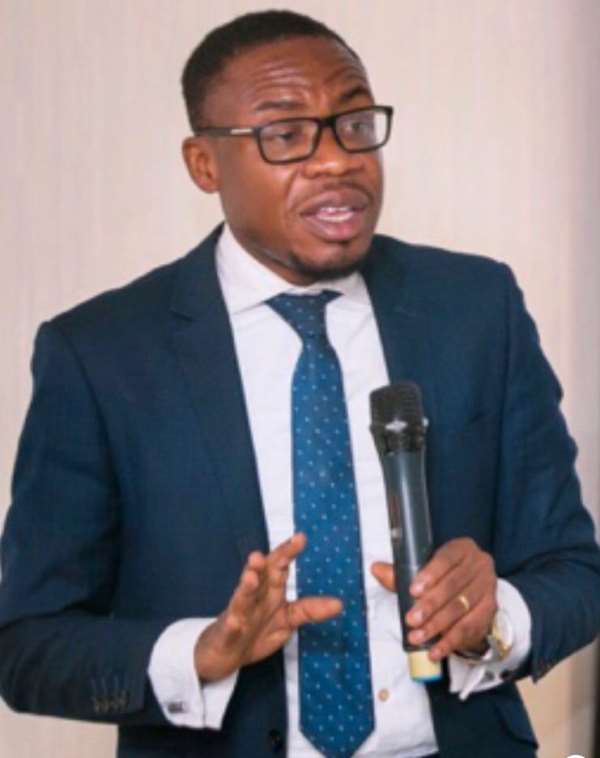 The Director of Health Promotion at the Ghana Health Service, Dr Dacosta Aboagye, has appealed to Ghanaians that while the use of the mask has become necessary to make up for the deficits in social distancing, the wrongful use of the mask might be counter productive and proper use of the mask provide minimum protection

Dr Aboagye said mandatory use of the mask must still go with all the other preventive measures and mask must be appropriately used.

Speaking to the Daily Graphic in Accra today, Dr Aboagye said although the mask, used right could provide appreciable level of protection was not a replacement for the frequent washing of hands with soap and water under running water or the frequent use of at least 70 per cent alcohol-based hand rub and other hygienic practices due to the mode of transmission.

On the mask, he said health authorities have realised that although people have imbibed the use of the mask, which was commendable but majority were not using them right and becoming more vulnerable.

'Facemasks must be worn correctly, changed frequently, removed properly, disposed of safely and used in combination with good universal hygiene behaviour in order for them to be effective. He narrated

“People have heard about the mask and have just resorted to it without paying attention to the information on the right use increasing their vulnerabilities,” he said.

Citing some of the wrongful uses of the mask, he said people often be touch intermittedly while it is on, people also do not fit it air tightly as it’s supposed to while others also often pulled down the mask down to either their chin or left hanging over their necks to take some moments of relief .

Others included periodic touching of the mask to adjust and…

He said all above mentioned increased vulnerability and defeated the purpose of the mask, particularly, because the virus is transmitted by droplets from coughs and sneeze of infected persons and in few occasions’ droplets from talking.

'Many people have asymptomatic or pre-symptomatic infections. If they are wearing face masks, it can prevent droplets that carry the virus from escaping and infecting others.'

However, he said the surgical mask could also be used by people in overcrowded places where potentially affected persons might be and where social distancing would be difficult to prevent droplets from infected persons through coughing and sneezing or even talking from landing on the face.

Rightful use of the mask and best protection
Coloured side out if you’re sick and do not want to spread your germs around.

White side out (this is the filter part) for when you’re not sick and you want to stop germs from getting in.

While applauding the public for their eagerness to protect themselves, he reiterated that the best way to protect one’s self from the current COVID-19 and any other virus infection such as the flu was to stick to basic hygiene and social distancing.

“Frequently wash your hands for at least 20 seconds with soap under running potable water, ensuring that the palms and in between the fingers and nails were focused on. Ensure that up to a little above the wrist were well cleaned; avoid touching your face -especially your mouth, nose and eyes- sneeze or cough into your covered elbow or tissue and dispose of immediately; stay home when you are sick and call for help and disinfect surfaces often among other precautionary measures,” he said.

He also recommended the use of 70 per cent alcohol based hand sanitisers often; avoid going to overcrowded places and shaking of hands among other preventive measures

Types of Mask and level of protection
Dr Aboagye said there were two types of face mask, which were the ordinary one known as disposable surgical mask, also called a medical mask, which covers the lower face and may be pleated, cuplike or duckbill-shaped and the N95, which is also cuplike, has a respirator and often had N95 embossed on them.

He said surgeons and other health professionals wear surgical mask in the operating room and during some other types of procedures to prevent liquid spill or splash from entering their nose and mouths as well as symptomatic patients to put them or to protect others.

He said the N95 masks, which is always written on them and also called disposable N95 respirators had higher-quality in terms of providing a face seal that allowed only filtered air to reach the person as well as providing a high degree of protection against airborne pathogen with their ability to block 95 per cent of airborne particles if worn properly.

He said named after its ability to block at least 95 per cent of tiny particles, the N95 was tricky to put on, explaining that the key was to wear the mask firmly around the nose and mouth without any gaps.

He said with the N95, once on, it should not be removed as periodic removal rendered it ineffective.

However, he said those were much more expensive and not readily available to the public.

“The Ordinary mask could be helpful to some extent. And so people wearing it should not think they are 100 per cent protected.

A lot of particles can penetrate and it can get soaked and become a conduit for increasing virus and bacteria,” he added.

He said the difference between the surgical or face masks and N95 masks lied in the size of their pores or in effect the size of particles that could - and more importantly, can't - get through.

He said the N95 respirators were made of thick, tightly woven and molded material that fits tightly over the face and can stop 95 per cent of all airborne particles, while surgical masks are thinner, fit more loosely, and more porous.

Dr Aboagye concluded that , appropriate use of the nose mask will provide minimal protection as against those without mask and encourage people to wear mask at all times in covid- 19 period.