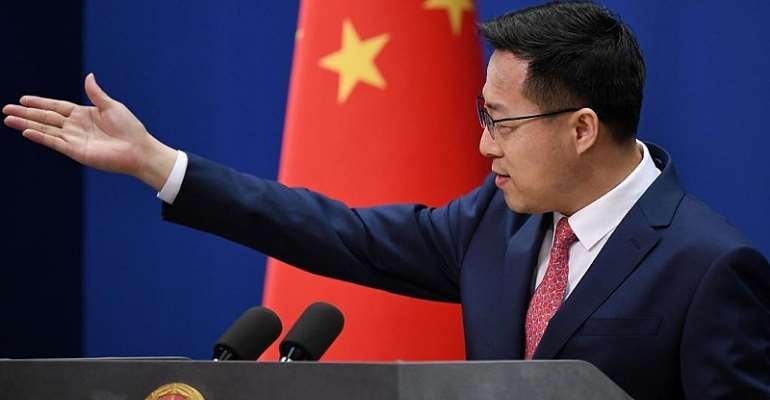 A widening diplomatic spat between France and China has seen members of the French Senate demand answers at a hearing with the foreign minister as to why an article they said was fake and cast them in a bad light was still up on the Chinese embassy website.

The French language article, entitled "Restoring distorted facts - Observations of a Chinese diplomat posted to Paris", first appeared on Sunday, the latest in a series of posts and tweets by the embassy that has defended Beijing's response to the coronavirus pandemic, while criticising the West's handling of the outbreak.

In the post, an unnamed diplomat suggests that careworkers in Western nursing homes had abandoned their jobs, leaving residents to die. It came just days after France had raised its death toll substantially to include nursing homes.

The diplomat also suggested that some 80 French lawmakers had co-signed a disparaging statement about World Health Organization (WHO) Director General Tedros Adhanom Ghebreyesus and had accused Tedros, an Ethiopian, of pro-Chinese bias.

"The WHO has been the subject of a real siege on the part of the Western countries, some even launching ad-hominem attacks against its Director-General, Dr Tedros Adhanom Ghebreyesus," the article on the website says.

"The Taiwanese authorities, supported by more than 80 French parliamentarians in a co-signed declaration, even used the word 'negro' to attack him. I still do not understand what could have gone through the heads of all these French elected representatives."

Reuters could not find any evidence French lawmakers backed such a declaration nor that Taiwanese authorities used this word to insult Tedros.

"The Chinese embassy in France's tweet created something out of nothing," it said. Taiwan has strongly denied racially abusing Tedros and demanded he apologise.

The Chinese embassy posted a response on its website by its Foreign Ministry spokesman.

"We hope that there is no misunderstanding: the Chinese side has never made a negative comment on French management of the epidemic, and has no intention of doing so," it quoted spokesman Zhao Lijian as saying in a French translation.

The timing of the dispute is especially awkward for Paris, as it has ordered about 600 million masks from China to compensate for coronavirus-related shortages across the country and is still waiting for their delivery.

The French presidency and foreign ministry were initially cautious in their response to the article.

But on Tuesday after a growing clamour in France, Foreign Minister Jean-Yves Le Drian summoned China's ambassador to stress his disapproval, while underscoring the good relationship he has with his Chinese counterpart.

"In the face of the virus and its consequences on our economies there is no place for controversy," he said.

However, during a parliamentary hearing with Le Drian on Wednesday, several senators expressed their dismay at the diplomat's comments. They denied such a declaration existed and demanded to know what the minister had told the envoy and why the article was still on the embassy's website.

"You have a new brand of Chinese diplomats who seem to compete with each other to be more radical and eventually insulting to the country where they happen to be posted," said François Godement, a senior advisor for Asia at the Paris-based Institut Montaigne.

"These diplomats are behaving as if they were trolls, or bots, and putting outrageous texts on their own social media, which happen to be the embassy website, not quite necessarily noting the distinction between an official embassy website, which represents the government."