How Do You Know, IMANI Wonk? 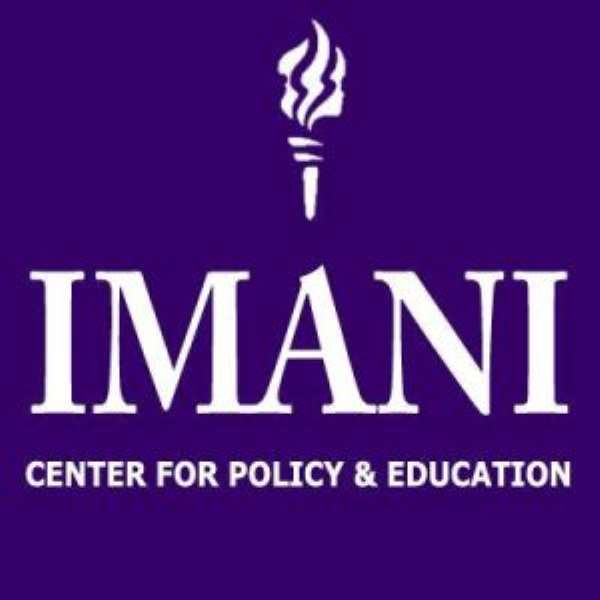 Conspiracy Theories, such as the one recently put out on the Coronavirus Pandemic, have their origins in the “protest wing” or the radical left-wing of the Western Academy itself, so I was rather amused to read the acrobatic screed captioned “No One Is Interested in Killing Africans with Coronavirus – IMANI Vice-President” MyNewsGh.com / Ghanaweb.com 4/5/20), in which Mr. Selorm Branttie, some websites have his surname spelled as “Brantie,” that is, with a single “t,” rather exuberantly claims that absolutely no powerful figures, both in the political and industrial or corporate arenas, has any interest in using Black, Continental Africans as Guinea Pigs for the testing of vaccines aimed at eradicating the global human battle against the Coronavirus Pandemic. It is very clear that Mr. Branttie never heard of Conspiracy Theory scholars and specialists like Michael Bradley, the Canadian scholar of “The Iceman Inheritance” fame.

Well, in the latest cautionary note to African leaders against allowing themselves to be tempted or seduced into succumbing to the experimental testing of some newly concocted vaccines that are supposed to be effective in the treatment of the Coronavirus disease, it is a French physician by the name of Dr. Didier Raoult who is making the claim, and not any gang of “Afrocentric” pseudo-scholars, my profound apologies to Harvard University’s Prof. Henry Louis Gates, Jr., and their Amen-Corner cohorts, as Mr. Branttie would have the rest of us believe. Then, there is also the widely circulated videoclip from a television talking-heads program in which two French physicians and research scientists are seen and heard to be collusively and collaboratively suggesting the imminent possibility of conducting experimental tests with a newly formulated vaccine on Africans which, by the way, has roiled up a media firestorm in both France itself and several other countries of the European Community.

To be certain, some learned specialist scientists are even calling for the two research scientists to be prosecuted; so, we are not dealing with some sort of fringe propagandistic lunacy here. And guess what? As recently as 2005, we learn that an experimental drug testing was conducted on some women prostitutes in several African countries, including Ghana. But, of course, the IMANI infotech wonk is dead-on-target to observe that the bulk of the socioeconomic, political and health problems on the African continent are the handicrafts of African leaders themselves; and, of course, to a much lesser extent, one could also include the unsavory misdeeds of ordinary African people themselves, such as has been recently witnessed in the protective lockdown measures rolled out by the Akufo-Addo-led government of the New Patriotic Party (NPP) in Ghana in an effort to slow down the spread of the Coronavirus Pandemic, as a striking case in point.

The preceding observation notwithstanding, it is rather disingenuous for the Franklin Cudjoe Lieutenant to cavalierly trot out mundane and pedestrian statistical figures about the population size of Continental Africa, and how statistically little Africans resident in Africa have contributed to the economic development of the global community, either conveniently ignoring or simply thoughtlessly forgetting the fact that Western Civilization, as we presently know it, was significantly built on the backs and the sweat and toil and, in many cases, the blood of Continental Africans, in particular, that species of bona fide African Humanity presently classified as Diaspora Africans. Now, we can bicker vacuously and pointlessly about the role and participation of African leaders in the primal and veritable Modern Holocaust that was the Transatlantic Slave Trade, in the same manner that we could address and debate the extent and the level of the active participation in the Hitler-engineered Jewish Holocaust of Jews themselves.

And, mind you, we are just talking about a much relatively recent event that occurred in Nazi Germany over the relatively minuscule span of some 12- or 13-year period between 1932 and 1945. It is also rather disingenuous for Mr. Branttie to smugly suppose that recent African immigrants into the Diaspora, in countries like the United States, Canada and the European Sub-Continent have not remarkably contributed to the economic, sociocultural and scientific and technological development of the Western World. Indeed, I am quite certain that IMANI think-tankers like Mr. Branttie are fully aware of that carcinogen called “Brain Drain,” which rather unfortunately and negatively glibly sums up the massive modern-day, real-time contribution by Africans to the development of the world community at large. I also perfectly agree with Mr. Branttie that the investment priorities of precious African talents may be inordinately skewed towards “religious parasitism” and on the latter count, of course, the direct reference here is to the vulgar entrepreneurial corporatization of religion by the so-called Charismatic Church / Spiritual Church proprietors.

On the obverse side, the grim irony here is that wishy-washy think-tankers like the Cudjoe Gang at IMANI, and elsewhere around the nation, at least in recent years, in the case of the Cudjoe Gang, have become staunch backers of the Anti-Fee-Free Senior High School Counter-Advocates of Ghana’s main opposition National Democratic Congress. So, maybe the most logical question we ought to be asking here is as follows: How did the Cudjoe Gang get its priorities so far out of whack with the sort of progressive and visionary policy initiatives so laudably pursued by the Akufo-Addo-led government of the New Patriotic Party?