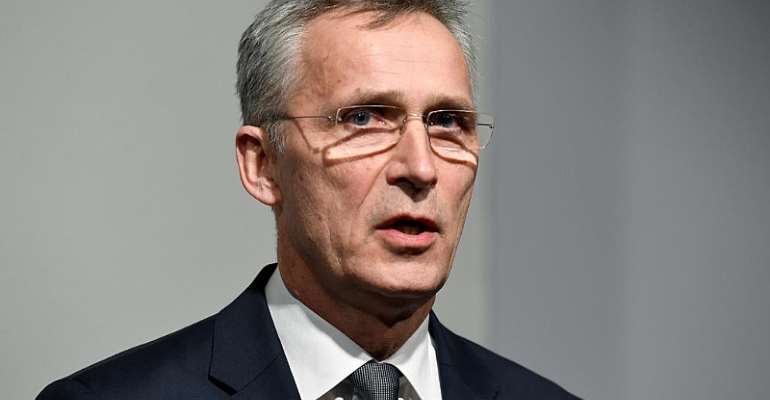 Nato foreign ministers will hold a video conference on Thursday to address their response to Covid-19 as the pandemic's far-reaching economic impact casts doubt on the alliance's future defence budget.

It's the first time in the Alliance's history that such a gathering is being held by videoconference.

It's yet another reminder of the disruption caused by the coronavirus, which Nato describes as "a global health crisis." Yet despite the pandemic, the North Atlantic Treaty Organisation has vowed to fulfill its core mission of defence, at all costs.

“The threats and the challenges we're faced with don't disappear because of the Covid-19 crisis,” Secretary General Jens Stoltenberg told a press conference Wednesday ahead of the one-day meeting.

“Nato is doing its part to help in this common fight against an invisible enemy”, the Secretary General said, citing examples including the airlift of medical equipment, US and Turkish medical donations to Italy and Spain, and Germany taking in French and Italian patients.

“We are in this crisis together and when we respond together, our response is more effective”, Stoltenberg said.

And the alliance's most recent member Macedonia, which became the 30th member on 27 March, has put in place Nato's Next Generation Incident Command System (NICS) to adapt to the pandemic.

Such examples will help dispel recent divisions over US' threats to pull out of Nato, tensions with Turkey and French President Emmanuel Macron's comments that the alliance was "brain dead."

However, Covid-19 still poses Nato an existential threat when it comes to military spending.

Nato 2 % target out of reach
In Nato's annual report last year, only seven of the then 29 allies met the recommended spending target of 2 percent of gross domestic product. Now, with a global recession looking more inevitable, experts fear this figure may be even lower.

"I expect allied members to remain determined in their commitment to boost investment in our security," Stoltenberg insisted.

For now, the spread of Covid-19 virus has forced Nato to cancel some of its military exercises, even as Russia flexes its military muscles close to its borders.

Foreign ministers will also discuss Nato's role in the fight against international terrorism, including the Alliance's training missions in Iraq and Afghanistan.

You disappointed Assin North MP, you abandoned him in court ...
30 minutes ago