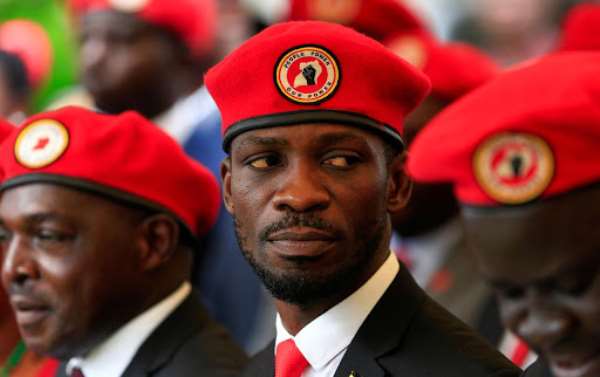 A leading Ugandan presidential aspirant and member of parliament has condemned African countries that focus their spending on weapons while neglecting healthcare services and leaving citizens exposed during pandemics such as the ongoing COVID-19.

"For a very long time, we've had African leaders neglecting the healthcare system and investing so much in the security because, that's what keeps them in power," said Robert Kyagulanyi, a.k.a. Bobi Wine, in an interview on BBC this week. "Somehow coronavirus has made us all equal. So, we must very quickly reinforce our healthcare system, to make sure it’s able to cater for our people because at the end of the day we're faced the same.”

"Well, I am very aware that unlike countries like Italy where coronavirus is ravaging their population, even with their superb healthcare system, it freaks me out to imagine what it can do to us here in Africa," Bobi Wine, continued. "Particularly, here in Uganda with our ailing health care system."

He added: "In Uganda, politicians never take medical health care from their own country, they always fly abroad for treatment."

This week Bobi Wine, who is also an Afro-beat star, released a song to mobilize people around the world in the fight to contain the coronavirus pandemic. "I hope this song communicates to the world that we have the ability to play a fundamental role in stopping the spread of this virus." The song itself starts of with the words, "The bad news is that everyone is a potential victim. But the good news is that everyone is a potential solution."

Uganda’s military dictator Gen. Museveni, who has been in power for 35-years, has a reputation of resorting to militarism to dealing with political opponents and socio-economic challenges. The regime issued an order for self-confinement to contain the pandemic, a procedure being followed in most countries.

However, this presents a challenge in Uganda since the regime has no mechanism or unwilling to provide economic relief for its people who lose their incomes. Most Ugandans, as is the case in most African countries, rely on the informal sector for their livelihoods.

Gen. Museveni this week ordered his security forces to physically assault Ugandan vendors who came to sell their foods in open markets, in order to provide a living for their families. Photographs of Ugandan soldiers chasing and caning women food vendors in the middle of the streets of Kampala, the capital have gone viral. Several women were seen openly weeping as the soldiers caned them mercilessly.

Bobi Wine himself has been a victim of Gen. Museveni’s militarism. While campaigning for an opposition candidate for an open parliamentary seat in August 2018, he and his supporters were brutally attacked by security forces. They were later detained and tortured. Bobi Wine's driver Yasin Kawuma was killed in the process. Following an International outcry he was able to travel to the United States for treatment. Since then he has emerged as a formidable challenge to the Ugandan dictator. More than 80% of Uganda’s population is under the age of 35. At age 38, Bobi Wine has the support of the vast majority of Ugandans and many analysts believe will defeat Gen. Museveni if next year’s elections are conducted in a free and fair manner. The Ugandan dictator is so concerned that he banned all musical concerts by Bobi Wine and also barred radio stations from interviewing or hosting him. Soldiers attacked his supporters in January when he tried to meet them to outline plans for his campaign.

Uganda has one of the best armed military in East Africa. On the other hand the country’s roads, schools, and hospitals have crumbled. A hospital in the city of Moroto reported that bodies of patients that die remained for several days on hospital beds . While neglecting the country’s hospitals and other social services, Gen. Museveni himself travels in a $50 million jet that he purchased with foreign aid money. The healthcare system is also undermined by the rampant corruption. In 2006, senior officials stole millions of dollars from the money sent to Uganda from the Global Fund to Fight Aids, Tuberculosis and Malaria.

In recent years, the U.K. and the U.S., Gen. Museveni’s two major supporters, have started to distance themselves from the military ruler. A U.S. federal court trial in December 2018 ended in the conviction of a Chinese national, Patrick Ho, for bribing Gen. Museveni and his foreign minister Sam Kutesa $1 million, which they split evenly, for concessions in Uganda’s oil industry. Since Ho’s arrest in the U.S. in November 2017, both Museveni and Kutesa have not traveled to the U.S.