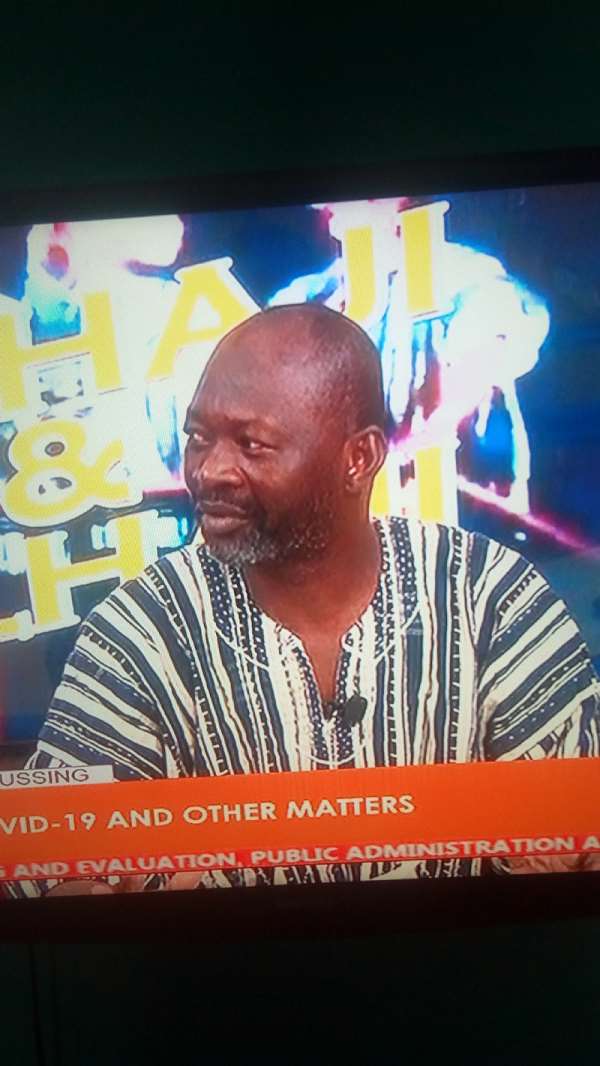 The Member of Parliament for Daffiama-Bussie-Issa, Hon Sebastian Sandaare who before becoming a member of Parliament, was a medical doctor and health director, has stated that the government of Ghana is being reactive in the fight against the COVID-19.

He made the statement while contributing to the subject of COVID-19 on Alhaji Alhaji, a famous Saturday program broadcast by Pan African TV.

He said the virus started spreading from its epicenter somewhere in December 2019 and one would have expected the government to have put in place adequate preventive measures to stop the virus from coming into our country. According to him, government could have closed our brothers earlier enough to control movement of people into the country.

The government, however, was reluctant in the close of the borders, perhaps, because of the economic disadvantages in closing borders. He added that it was when the number of cases were drastically increasing in Ghana that the government has now reacted by closing its borders. This he described as being reactive.

Hon Sebastian Sandaare pointed out the many fallouts in the fight against the pandemic. He particularly mentioned that many health workers in various districts have not received PPEs and other logistics needed to deal with the situation even though the government claimed to have distributed some of those logistics.

Again, he stated that the community health surveillance volunteers, who act as "health intelligence picking" in the various communities are left out.

He was not happy that the structures are not being used, decision making is very slow and they appear to be more talks than action.

He called on the government to as a matter of urgency, distribute enough logistics to the health workers.

He also called on the government to make logistics available for mass random testing across the country whereas we intensify public education and encourage others to adhere to the preventive measures.