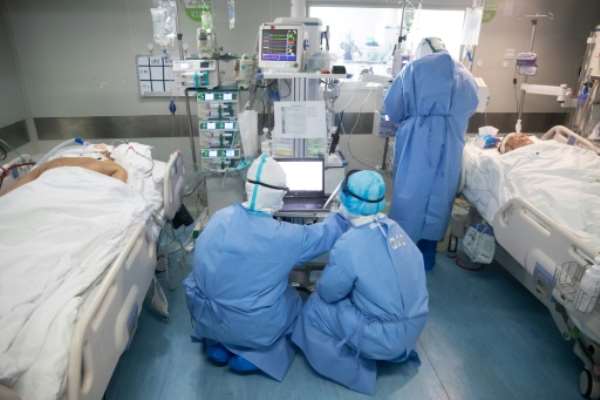 The vast majority, >85%, of those infected show mild or no symptoms. How does this differ from the seasonal virus wave?

Also Anthony Fauci, head of the National Institute of Allergy and Infectious Diseases (NIAID) expects as the outcome the results of a severe flu epidemic and not of a SARS super virus, cf.

"This suggests that the overall clinical consequences of Covid-19 may ultimately be more akin to those of a severe seasonal influenza (which has case fatality rate of approximately 0.1%) or a pandemic influenza (similar to those in 1957 and 1968) rather than a disease similar to SARS or MERS, which have had case fatality rates of 9 to 10% and 36%, respectively."

So where is he, the new killer virus? Or should it be called the pensioner virus?

Entire countries are sacrificed for the zoonosis hypothesis of virology and the assumed elevated pathogenicity of a supposedly new causative agent. And everyone is still waiting for the evidence.

How do you call people who see killer viruses everywhere? Right. Virologists.

Already in the MERS crisis there had been critical voices. Why has nobody heard them?

Because science was waiting for an opportunity like this?

In its own downfall virology takes the whole world with it. Scientific standards are not violated for anything. This collective failure of a self-proclaimed elite has not yet been noticed by all because of the press's panic over the number of infections.

What a disaster. An absolute low point in science.