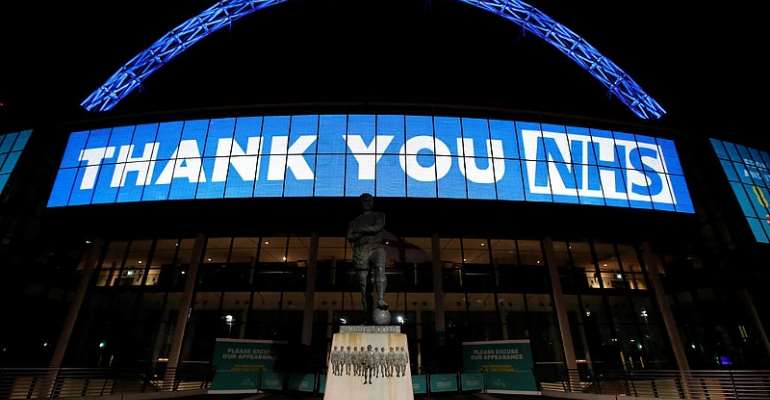 Over 500,000 volunteers have signed up to support Britain's National Health Service, to help people confined to their homes as part of the drive to slow the spread of the Covid-19 coronavirus. France has launched a similar call for volunteers, notably social work students to help in institutions.

The British government put out a call for volunteers on Tuesday to recruit 250,00 healthy adults to deliver supplies and help transport up to 1.5 million vulnerable people, after it imposed confinement measures telling people to stay home and closing all non-essential businesses.

"They will be absolutely crucial in the fight against this virus," said Prime Minister Boris Johnson on Wednesday. “Very importantly, they'll be making regular phone calls to check on and support people who are staying on their own at home. "

As of Thursday, over 500,000 people signed up. With the surge in volunteers, the NHS has upped its target to recruit 750,000 people in total.

NHS overwhelmed
London hospitals warned on Thursday they were overwhelmed with coronavirus patients. London, home to about a third of Britain's total population, has become the epicenter of the epidemic in the country.

According to the latest figures, 463 people have died from the virus in the UK, and more than 9,500 people have been infected.

The surge in volunteers comes after years of funding cuts to the NHS that have left staffing shortages, and led to record waits in A&E.

Johnson said last week that his administration has been addressing shortages, with “87,000 more nurses this year than last year, and we are recruiting another 50,000 more."

Volunteer schemes elsewhere
Under the British volunteer scheme, healthcare workers and charities will be able to request help for patients, who will then be matched with volunteers who live nearby.

In France, which has been under a similar confinement since last Tuesday, the government has recruited 100,000 people through the Je veux aider (I want to help).

The scheme is more formalised than the British one, and includes 40,000 social work students to make up a “health reserve” of healthy people who can help in institutions for disabled people, retirement homes or foster homes.

Local authorities must make the needs of the regions known, and they will be put in touch with young volunteers.

The health ministry also launched a call Wednesday night for health professionals, including retired ones, to help hospitals in their regions.