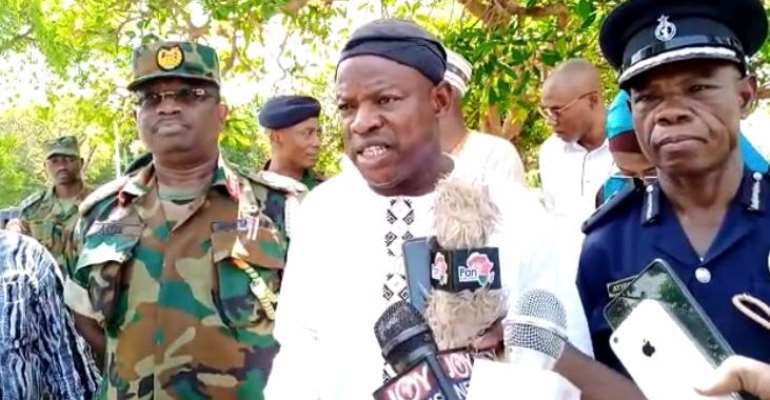 The Northern Regional Minister, Salifu Saeed, has revealed that three suspected covid-19 cases reported at the Tamale Teaching Hospital have all tested negative.

According to the minister, samples of the suspected patients who were on admission at the health facility came out negative after they were sent for testing at Komfo Anokye Teaching Hospital (KATH)in the Ashanti region.

There was a supposed uneasy calm at the Tamale Teaching Hospital when Some nurses and doctors went on self-quarantine after they reportedly came into contact with those patients who were suspected to have contracted the covid-19.

Addressing the media, Mr. Saeed noted that the Northern Regional Security Council (REGSEC) at a meeting have decided to move into town mostly weekends to chase away persons who organize funerals, naming ceremonies, weddings and other activities which do not follow the President's directives to ensure that the covid-19 is not spread in the region.

He appealed to chiefs and opinion leaders in the region to support REGSEC embark on the exercise to ensure that everybody is safe.

“ This one is a life and death matter so people should comply with the directives .”

The minister indicated that the borders located in the region will be monitored seriously to prevent any group or individuals from coming into the country illegally.

Mr. Saeed said REGSEC was monitoring the various hotels in the region and whenever suspected cases come up , the medical team at the Tamale Teaching hospital are prompted for them to move to the scene to check the status of the patients.