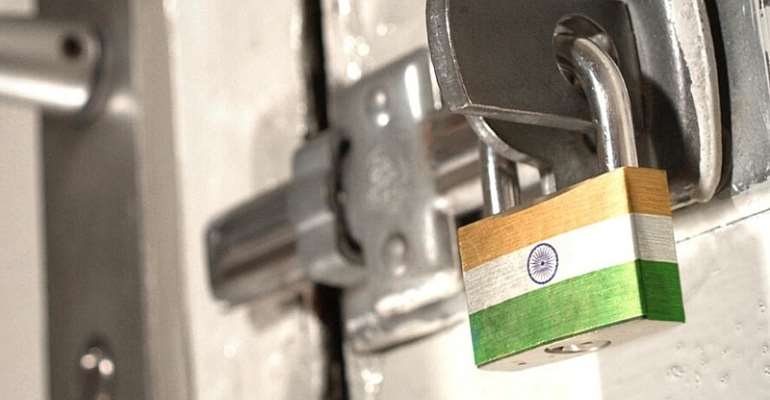 With India declaring a three week lockdown to break the coronavirus transmission chain, the government is bracing for the worst.

As the biggest shutdown in the world began Wednesday, people across cities and towns in India were scrambling to markets, pharmacies and stores to stock up their supplies.

“This is going to be a huge challenge and we hope this period of isolation will stop the contagion. Getting a huge population of nearly 1.4 billion to confine themselves inside is a bigger task,” said Congress politician Randeep Kumar.

“There's no need to panic. The government is making efforts to help everybody. There's no point of lockdown if each one of us rushes to shops together,” Delhi chief minister Arvind Kejriwal told RFI.

India has witnessed a spike in corona cases in recent days rising to over 550 and with over 10 dead, leading many experts in the scientific and medical community to believe that the country could be fertile ground for the explosion of the virus given its creaky public health systems.

“Currently, India is at a stage where our current actions will determine how much we are able to minimize the impact of this disaster,” Prime Minister Narender Modi said in a nationwide televised address on Tuesday.

Modi, however, gave no indication of the spread of the virus or if community testing was the next step forward but instead used a war analogy of “sacrifice” and “resolve” to flatten the spike.

With the second largest population in the world, India is one of the most densely populated countries, with people constantly jostling for space on nearly every street corner, apartment block, train car and house of worship.

Given the density of population, with 450 people per square kilometer, many see the country as fertile ground for an explosion of the coronavirus.

The decision to suspend all air travel, passenger trains and interstate buses has left tens of thousands stranded as states and cities began to enforce prohibitions on gatherings of more than four people.

Many migrant workers are trying to flee the big cities where the first cases were reported and return home to their smaller towns and villages.

“How can I afford to stay idle? I need to earn to feed my family of four and this is a very worrying time.” said Prahalad, a construction worker in the capital.

Delhi chief minister has assured a sum of 5000 Indian Rupees each to construction workers affected by the lockdown.

“We need to put cash and food immediately in the hands of poor and the vulnerable.

There has to be an announcement for relief,” said former finance minister P Chidambaram.

Except for a few public run buses plying on select routes, all public transport was grounded.

Will India contain the spike?
Given the examples of countries battling the inflection, experts here warn that without mass testing, India might not be able to detect community transmission and take effective measures to contain the infection and mortality.

The scientific community believes the country is missing vast numbers of asymptomatic infections and the need was to strike preemptively. The low rate of testing in the country, they believe, masks the true scale of the outbreak.

The numbers are rising fast as health officials now begin to test patients who show symptoms of the disease from cities like Pune and Bengalaru. Some of those infected have had no recent travel history.

“The infection is simmering and is waiting to explode. The numbers which are being declared and announced are the tip of the iceberg,” Arvind Kumar, a specialist in chest surgery at Sir Ganga Ram Hospital told RFI.

A dearth of novel corona virus testing kits and ventilators are proving to be major roadblocks in the testing and treatment process.

Health ministry figures say India has just 30,000 ventilators, with 800 alone in Mumbai, the worst-affected big city. The prospects for new manufacture are bleak given supply line of component parts are closed due to the travel ban.

During this current lockdown, authorities have serious work ahead. While social distancing and self quarantining are recommended to blunt the spread, testing has also become crucial as otherwise it would be driving blind through the crisis.

Spio sues Wontumi for calling him a thief
11 minutes ago