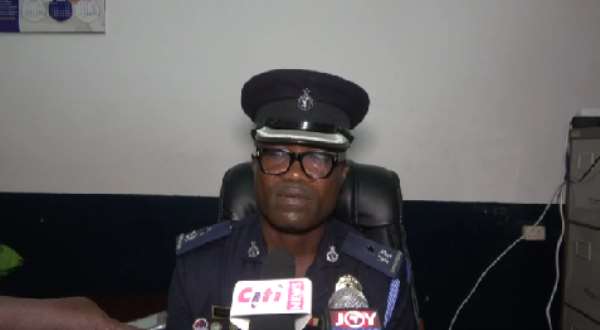 This was after one Benjamin Ackah lodged a complaint that monies belonging to him had been stolen from his bank account.

Speaking to Citi News at a press conference in Winneba, Superintendent Samuel Aseidu Okanta, the Winneba District Police Commander indicated that the NDC Parliamentary candidate will be arraigned to answer to the charges.

“We were here when an individual by the name Benjamin Ackah lodged a complaint of stealing and we did our preliminary investigation and it turned out that the account and the money was indeed transferred to a bank account at Winneba. I don’t want to mention the name of the bank but it had the name of James Kofi Annan as the owner,” the Winneba Police commander said.

According to the Police commander, they made several efforts to invite the NDC candidate to the Police station to answer questions related to the charges made by the individual adding that it took several days for him to show up.

“We were expecting that he will come and assist in investigation only to hear that he has had a press conference. So after the press conference we waited for a while thinking that he will come to assist in investigation but he never showed up. So we moved to his radio station and then we had a copy of the press statement where he said so many things that are not known to the police so we reached him and asked him to come and assist in the investigation,” Superintendent Samuel Aseidu Okanta said.

“The NDC candidate has been charged with stealing, abetment of crime and dishonestly receiving and will be arraigned before court soon to answer charges, “the Police commander stated.