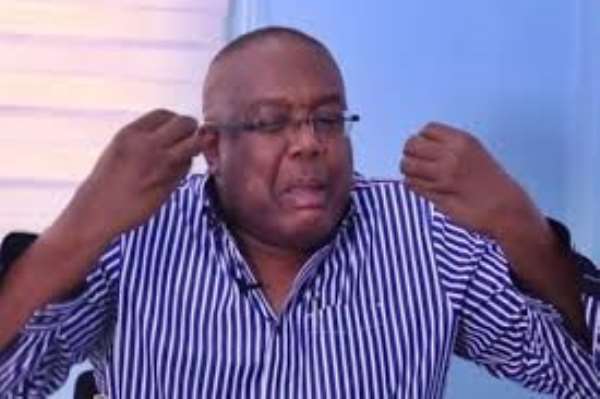 So far, according to Ambassador Smith, Nana Akufo-Addo has done nothing in concrete terms to show as his lamp post for development except a litany of social policies at huge financial cost to the nation.

Mr. Smith was therefore of the hope that Ghanaians will take cognizance of the achievements of the Mahama administration and return him to power come the December 7 general election.

Ambassador Smith who is also a former Eastern Regional Minister, and onetime spokesperson for former President Jerry John Rawlings, although agreed that the Akufo Addo administration had rolled out numerous policies and programmes, what Mahama achieved in four years, far outweigh what the NPP under Nana Addo had done.

Speaking on a Hot Fm's political and current affairs talk show, Hard Ball, hosted by Vincent Owusu popularly known as Kwabena Owusu, who also doubles as the Chief Executive producer and co-host of Maakye, the flagship morning show, grilled Mr. Smith to mention the policies that the NDC wish to bring to match the NPP's.

The former ambassador asked him not to worry because the NDC was ready for the NPP with their policies and programmes. Mr Smith insisted that the achievements of Mahama in his four years are more compared to Nana Addo's.

Asked why the flagbearer of the NDC was yet to name his running mate, Mr. Smith replied that the flagbearer had to consult the council of elders of the party and then present the name to the National Executive Committee(NEC).

Traditionally that's what is expected of our flagbearer and leader, and he has not delayed nor broken any rule, he asserted.