The Ghana Police Service: A Call For The Suspension Of The Police Personnel At Sogakofe 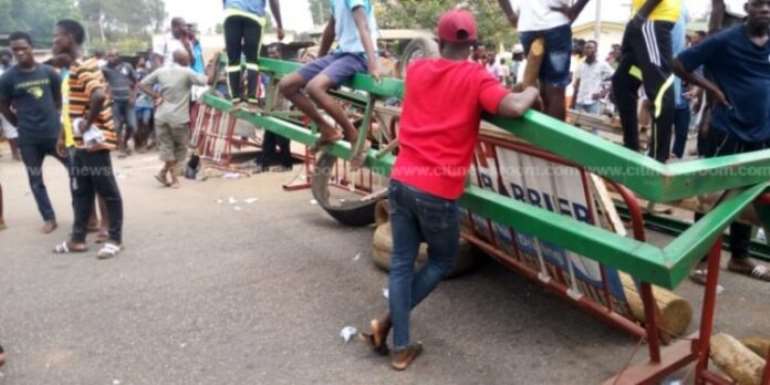 There is no society known where a more or less criminality is not found under different forms. No people exist whose morality, security and right is not daily infringed upon. Crime is thus part of almost every society and state. For this reason, the fundamental concern of every social organization is to protect the people. Crime seems to change character every now and then when it crosses a bridge or a tunnel. In the city, crime is taken as emblematic of class and race, in the suburbs, it is intimate and psychological. No punishment has ever possessed enough power of deterrence to prevent the commission of crimes. On the contrary, whatever the punishment, once a specific crime has appeared for the first time, its reappearance is more likely than its initial emergence could ever have been.

In Ghana, crime has crossed another bridge and tunnel and its new character is manifested in the Ghana police service who ironically are mandated by the constitution to fight crime. The police in Ghana over the years have done their best to fight crime. Whilst there are good men and women in the Ghana Police Service with unquestionable integrity, the bad nuts are increasingly becoming one too many and are spreading their influence like a wildfire in the harmattan. This canker has led to mysterious deaths of innocent citizens. The most interesting part of this police conundrum is the edge by the police service to defend their members even when there is sufficient evidence to show that they have committed crimes.

The recent murder of Mr. Marcus Mawutor Adzahli, the assembly member for Sogakope South Electoral Area in the Volta Region learns credence to the actions and inactions of the personnel of the Ghana police service and how negatively this affects the lives of citizens. Most often, crimes by personnel of the Ghana police service are easily and quickly covered up by the command especially when these crimes are against the vulnerable and the down trodden. In knee jerk reactions, they issue logically incoherent and inconsistent statements defending their members and it takes pressure from citizens and well-meaning Ghanaians to push them to pretend to take action. In the Midland savings and loans saga for example, where a police officer brutally and unprofessionally assaulted a woman, we saw the relaxed attitude of the police and it took public uproar for them to take action.

According to the daily graphic general news of 9th March, 2020, Mr. Marcus Adzahli was shot and stabbed several times in the presence of his wife and child at Sogakope in the Volta Region when a yet-to-be identified gang stormed his residence on March 1. The news further indicated that the Volta Regional police command in a statement signed by the Regional Public Relations Officer, Cpl. Prince Dogbatse, announced the arrest and detention of two Police officers in connection with the disappearance on March 7, 2020, of one service rifle at the Sogakope Police station. Is that not interesting? Whether it is a coincidence or not, I am not a Jewish prophet neither I am I related to one, so I cannot determine that. However, those who might have followed this story will remember that the residents of Sogakofe after the death of the assemblyman, rose up in arms demanding the closure and punishment of the police personnel on the allegation that the police were called for close to fifty minutes before the death of Mr. Mawutor Adzahli but they did not show up. They claimed their inaction caused the death of their dear assemblyman. All these cannot just be mere allegations and speculations especially when the Sogakope residents are living in fear following many of such attacks on residents in the past.

The Inspector general of the Ghana police service must as a matter of necessity suspend all the police personnel on duty on 1st March, 2020 at Sogakofe when the assembly member was murdered, institute a serious investigation into the alleged involvement of the police and subsequently interdict each one of them if found guilty.