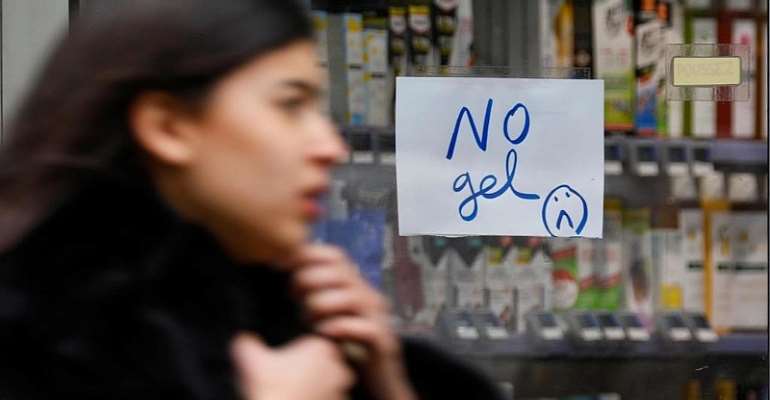 France has imposed a ceiling on the price of hydroalcoholic gels in a bid to curb companies exploiting fears over the spread of coronavirus by grossly inflating prices.

The decree, published in the Official Journal on Friday, limits the retail price of hand gels to the public, but also the wholesale price to third party merchants.

The idea is to “protect consumers against risks brought about by a clearly abnormal market situation,” the Ministry of the Economy announced on Friday.

Depending on how the situation evolves, the Ministry reserves the right to modify those maximum prices through another decree.

The French fraud watchdog (DGCCRF) is charged with ensuring the price capping is respected.

Unacceptable prices
613 people in France have now been infected with the Covid-19 virus and 10 have died. Keeping your hands clean is still the most effective way of limiting its spread.

Using hand santiser remains a practical way of doing so when no running water is available and sales of the handy gel have gone through the roof. Many pharmacies in France have run out of stock.

Faced with the shortages, some companies have been artificially inflating their prices.

In some countries, such as the UK, hand santiser has been listed for sale for more than €1,000 on online marketplaces like eBay and Amazon.

The situation in France is not so extreme but on Wednesday economy minister Bruno Le Maire reported several “isolated” cases of “unacceptable prices” which led to France introducing the price caps.

Battling to meet demand
Gilbert, one of France's main producers of sanitizing gels, is working day and night to try and meet the surge in demand.

“The phones don't stop ringing. This morning we had the schools, the town halls, the public transport company,” Muriel Jehanne, the telephone operator at Laboratoires Gilbert in Herouville-Saint-Clair, told AFP outside the northern city of Caen where their factories are based.

“Everyone wants gel. We are under siege,” she said.

This family owned business, which mainly supplies pharmacies and hospitals, produces 80,000 -100,000 plastic bottles of gel every day at three sites in the region.

But despite the ramped-up production, demand at pharmacies is still exceeding production.

Pharmacies allowed to produce own gel
To satisfy demand, the French government has now authorised some pharmacies to make their own santiser gel.

The request was made by the French Federation of pharmaceutical syndicates (FSPF) following their inability to be able to buy in the gel.

“Representatives in the sector tell us they can produce up to two million doses per day,” health minister Olivier Véran announced on Friday.

Not the cure-all solution
Faced with the shortages, some people may be tempted to make their own gels. The World Health Organisation provides the recipe here, but it is aimed at pharmacies, not individuals.

While alcohol-based gels remain handy and helpful, their overuse dries out the skin due to the high proportion of ethanol.

And gels containing anti-bacterial molecules triclosan and triclocarban should be used with caution.

According to the Florence Statement, research backed by more than 200 scientists and health professionals, showed that these molecules are endocrine disruptors, toxic for both people and the environment.

The bottom line is that washing your hands regularly with soap and water for 30 seconds is just as effective as using sanitiser gel.