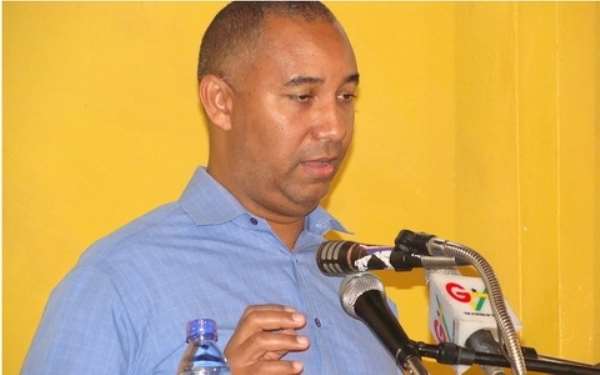 He was Chief Executive Officer (CEO) of the Ghana National Petroleum Corporation (GNPC) once, so it is all to be expected that Mr. Alex Kofi Mensah Mould would cultivate a keen interest in all official transactions of the State pertaining to how our oil resources are managed. But, of course, from his own party’s governance track-record, that is not necessarily because Mr. Mould cares about the collective wealth of country and the equitable distribution of the same. He is a greedy multimillionaire who has exploited the ordinary Ghanaian citizen and the taxpayer to get to where he is presently (See “Alex Mould Writes…. Government Has Bestowed on All Ghanaians Massive Historical Damage to Our Oil and Gas Sector” Modernghana.com 2/23/20). He also, as CEO of the GNPC, negotiated the worst oil and gas contracts with Equatorial Guinea, according to reliable information made public by Mr. Kennedy Ohene Agyapong, the New Patriotic Party’s Member of Parliament for Assin-Central, in the Western Region; these criminally negotiated contracts had to be significantly negotiated down by the Akufo-Addo government to save the Ghanaian taxpayer at least two-billion dollars.

Which is why it amuses by no mean measure this notion that, somehow, the kleptocratic operatives of the Mahama-led regime of the National Democratic Congress (NDC) has a better and an enviable track-record of managing the country’s financial wealth and resources better than the very astute, patriotic and foresighted leaders of the neoliberal market- and social-intervention oriented New Patriotic Party (NPP) that actually led Ghana to strike oil and natural gas and to be counted and admitted into proud membership of the Organization of the Petroleum Exporting Countries (OPEC). It is also interesting that Mr. Mould would so vitriolically and self-righteously accuse the Akufo-Addo led government of the New Patriotic Party of corruption, when his own party’s best-known financier, or underwriter, is Mr. Alfred Agbesi Woyome, the man that both then President John Evans Atta-Mills, late, and Vice-President John Dramani Mahama publicly, vehemently and shamelessly lauded for having supposedly done a yeomanly job by literally fleecing the Ghanaian taxpayer to the humongous tune of GHȻ 51.2 Million, for which crime, in the opinion of Messrs. Mills and Mahama, Mr. Woyome deserved to be honored by Ghana’s Order of the Volta.

We need to also bear in mind the fact that it was the key operatives of the National Democratic Congress that created the hitherto unprecedented and wanton looting of Ghana’s National Treasury that became globally known as the Judgment-Debt Regime. Even more significantly, a cursory glance at Forbes’ List of Ghana’s Richest Men and Women, largely composed and comprised of politicians, has approximately 60-percent of this Who’s Who Gallery of Ghana’s Wealthiest Men and Women coming from the faux-socialist camp of the National Democratic Congress. So it is rather annoying to hear the former CEO of the GNPC haughtily and pontifically accuse the leaders of the New Patriotic Party of being hellbent on wanton indulgence in the kleptocratic political culture of “State Capture,” from which the very reprobate characters who criminally and scandalously liquidated the erstwhile factories that made up the Kwame Nkrumah-founded Ghana Industrial Holdings Corporation (GIHOC) and literally gifted the same to themselves, their robber-baron friends, cronies and associates promise Ghanaian voters to have “embarked on a mission to reset Ghana from corruption and state capture in 2020!!!”

Now, these are also the very politicians who literally surrendered the democratic sovereignty of Ghanaian citizens to the foreign owners of a foreign IT/ICT company by having the latter company own exclusive rights to the ACCESS CODES of Ghana’s Biometric National Voters’ Register (BNVR) thereby exclusively determining who and which political party won any presidential and/or general election and got to rule Ghana for the next four years. Forget about this AKER Energy tax exemption falsehood being retailed by Mr. Mould, which, by the way, the dirty seller of such tales, for that is what they veritably are, himself claims are purely and wholly based on Kevin Taylor-fabricated allegations. You see, Dear Reader, this slavocratic scamming of Ghanaian citizens and voters by the unconscionable leaders of the National Democratic Congress is precisely why the salutary decision to create a completely new Biometric National Voters’ Register was resoundingly approved by Parliament, to the desperate discomfort and fitful convulsions of the key operatives of the Mahama-led National Democratic Congress.

It is also insufferably ludicrous for Mr. Mould to inform his readers that the aforementioned title of his article, upon which the present commentary is based, was inspired by Mr. Kevin Taylor, the Washington, DC-based paid Mahama hack. One would have thought that such propagandistic inspiration would actually have been inspired by Mr. Mould who, by the way, also emphatically albeit tentatively, claims that most of his accusations against Mr. John Peter Amewu, the Akufo-Addo-appointed Energy Minister, are almost exclusively based on sheer “allegations.” Those are Mr. Mould’s own words. This is the man who thinks that his own “revolutionary” butchers and indemnity clause-protected political party associates are better positioned to move Ghana higher up the economic development ladder. What a pity and a screaming joke!