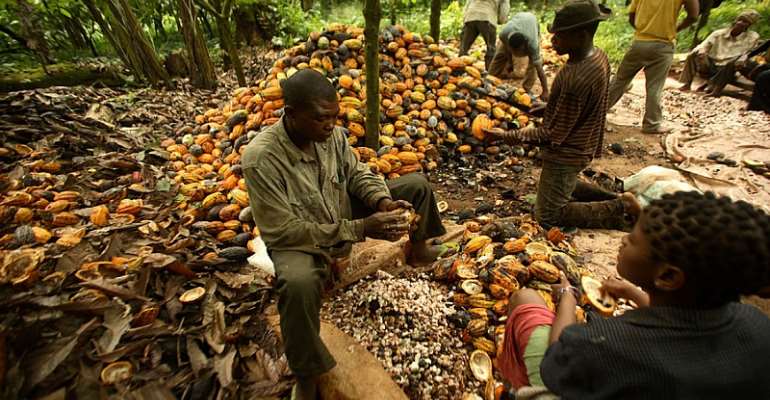 A Liberian cocoa grower whose free enterprise market rights are to be usurped by Lebanese and Arab business people who will become sole buyers and exporters of cocoa from Liberia.

Why are a monopoly, corruption, and undue government interference and control, and regulation always a subculture in Liberia and amongst Liberian officials at all levels? Why do those who are frequently entrusted with state power in Liberia lack natural patriotism to their own people and country? These questions are serious, especially so when Liberia faces a nexus of problems that manifest themselves as slow economic growth, high unemployment, social strife, and excruciating marginal poverty.

I posed these questions because it would appear that some members of the Liberian legislature and many in certain government functionaries are never prepared to seek the interests of the Liberian people either because they are just plain unethical or just clueless about the fast-paced race of modernization and globalization in which countries around the world and those in our backyard are becoming more competitive than ever before. In such competition, a free enterprise market economy that cultivates and promotes innovation, competitive and visionary entrepreneurship remains a vital and non-negotiable vehicle that is optimal for everyone’s pursuit.

On the contrary, there are efforts, as has always been for decades, for extraordinary exemptions and monopoly to be granted to a certain sector of the Liberian economy to benefit a cartel at the expense of the entire nation. This is wrong and dangerous.

The news that a certain bill on agricultural products (such as Cocoa) is matching its way in the Liberian legislature to provide a monopoly status on the local purchase and shipment of cocoa out of Liberia is sad. This is a disastrous and dumb legislative, economic, and public policy move and should be rejected by all Liberians. It is also unethical because those who are championing such a sinister scheme appear to be consumed by greed and uneven shortsightedness. Ultimately, they fail to understand that such a rogue process will generate limited growth, the benefits of which will go only to those at the very top.

The Liberian government should support and protect a free enterprise economic system because it is the most appropriate and appreciable experiment for growth, development, and collective prosperity. A free enterprise economic system generally benefits producers and consumers in any country, and such benefits include; competition, innovation, entrepreneurship, lower prices, dignity in labor, freedom of owning private property, producers producing at their own profit, both consumers and producers can control themselves, increased efficiency and adequate use of the available resources. Besides and apart from facilitating an enabling environment and a business-friendly culture, a government should have no direct interference in the private sector.

Though I am not an economist by education and training, as a learned public philosopher and public policy professional, I recognized that even though a free enterprise economic system is not perfect, it is the best market system ever devised. When a nation, its citizens, and businesses are free to work hard, be innovative, and succeed, they contribute and add to a strong and dynamic economy, and essentially that is a good thing for everyone. Simply put, it means the cocoa and general agricultural market and all other markets in Liberia must be free and competitive and let everyone participate at will. This is not just good economics; it is also a good public policy and a common-sense way to govern more effectively. It also means that Liberian government officials should not be in the business of making Lebanese nationals and businesses and non-Liberian residents in the country wealthy at the expense of Liberian citizens and businesses.

We have had monopolies of sectors in Liberia that only stand to benefit Lebanese business people and other non-Liberian businesses. Apart from Liberia, this does not happen in any country. Currently, the importation of rice, our national staple food, is a semi monopoly control by a cartel of individuals, many of whom are Lebanese nationals. Even petroleum products importation is also restrictive, so are many other business opportunities.

The key questions are: Why are the Liberian legislature and certain individuals in government desiring to give the local purchase and shipment of one of the absolute agricultural productivity or produce in the country to a single entity or individual? How do they expect jobs and latitudinal wealth to be created and poverty reduced with such voodoo economics and pseudo thinking? This is not regulation, and even if it were, it would be an injudicious one.

I would also note that regulation and monopoly are two different things. It is not a bad idea for a government or government agency to regulate. The Liberia government, for example, may wish to regulate the country’s market economy to protect the interests of consumers and producers. Such regulation may include price capping, preventing fraud, determining a yardstick for competition, and preventing the growth of singular market power and control. The primary function of such a regulatory system in a market economy is to monitor the financial and economic system as well as create a level playing field for competition, transparency, and accountability. It is not intended to steal from one’s people and country.

On the contrary, those who are pushing these bad tendencies of always wanting to make non-Liberians, especially Lebanese nationals wealthy at the expense of the Liberian people, must stop. There is a lot to be concerned about in Liberia today: a growing and devastating political and economic divide, a slow and threatening growth, a decreasing life expectancy, an epidemic of diseases of despair, a looming economic collapse, and an unending social strive.

The understanding in the public square is that the push for this so-called ‘monopoly bill’ on the purchase and shipment of cocoa from Liberia is pursued because a certain Lebanese businessman needs that exclusive contract despite the fact that almost all major construction contracts go to Lebanese nationals in the country. This should not happen.

While Liberia and Liberians have and continue to welcome Lebanese and other nationals as part of the Liberian society, several Lebanese businesspeople have and continue to exploit the country in collaboration with certain Liberian officials, and this dates back to the regimes of President Samuel K. Doe, Sr. in the 1980s, Interim President Amos Sawyer and President Charles Taylor in the 1990s and the early 2000s, Transitional Chairman Gyude Bryant and President Ellen Johnson Sirleaf from 2003 to 2017.

In the end, these Lebanese nationals that usually immigrate to Liberia dirt poor become millionaires overnight while there exists a widespread sense of powerlessness, both in our economic and political life as a people and a nation. We seem no longer to control our own destinies because of the greed and shortsightedness of a few Liberians who are financially enticed and emboldened by crooked Lebanese businesspeople in the country.

In fact, why are the Lebanese nationals in Liberia abusing the generosity of the Liberian people by engaging in white-collar crimes and economic sabotage activities when in Lebanon they do not appreciate nor accommodate any person of color – not to mention an African?

In an article published by The Economist Magazine online titled “Racism in Lebanon - Black is not thought beautiful,” it is reported that “Black people and foreigners from Asia and elsewhere in the third world who make up the bulk of migrant workers are often turned away from the city's smarter venues…..” https://www.economist.com/middle-east-and-africa/2012/05/26/black-is-not-thought-beautiful . Yet, these people from such a country (Lebanon) where racial intolerance is pervasive are accorded not just the hospitality of Liberia but its wealth and resources through hook and crook.

CNN also corroborates The Economist’s reporting in a news story titled “Not all colors welcomed in Lebanon's cultural tapestry” published by Arwa Damon on Sunday, February 10, 2013. Despite these unwelcome treatments against Africans, Lebanese businesspeople continuously and piquantly abused the hospitality of Africans and Liberians in particular by engaging in exploitation and economic sabotages. See links for reference on the CNN’s report: https://www.cnn.com/2013/02/10/world/meast/lebanon-racism-migrants-sting/index.html

In concluding remarks, I urge all Liberians to categorically reject the imposition of monopoly on the purchase and shipment of cocoa out of Liberia. I also urge His Excellency President George Manneh Weah to be true to the Liberian people indeed by ensuring that Liberians are no longer, as he put it, “Spectators” in their own economy and country. If the administration’s “Pro-Poor Agenda” would mean anything at all, it must support and adhere to transparency, accountability and ensure a free enterprise market economy that facilitates innovation, entrepreneurship, create jobs and wealth, improve living standards and collective prosperity. A monopoly for a Lebanese businessman or any other non-Liberian national is counter-productive to the true meaning and understanding of what a “Pro-Poor Agenda” would suggest if there is actually any.

About the Author:
J.N. Williams is a Catholic educated public philosopher and a U. S. trained public policy and institutional governance professional with strong expertise in job creation policy, workforce development analysis, strategic management, and socio-economic growth and development. He can be reached at [email protected] 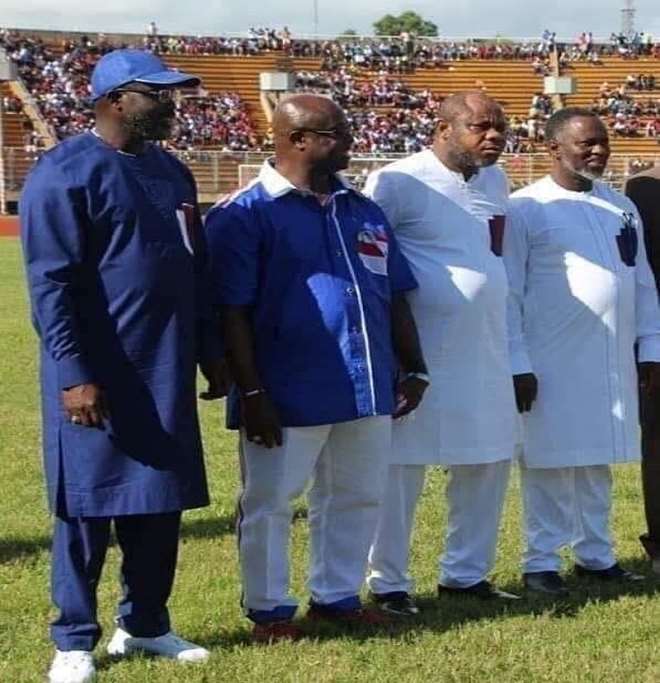