Liberia: The Demand for Legislative Oversight Must Go Beyond Being Called "Honorable" 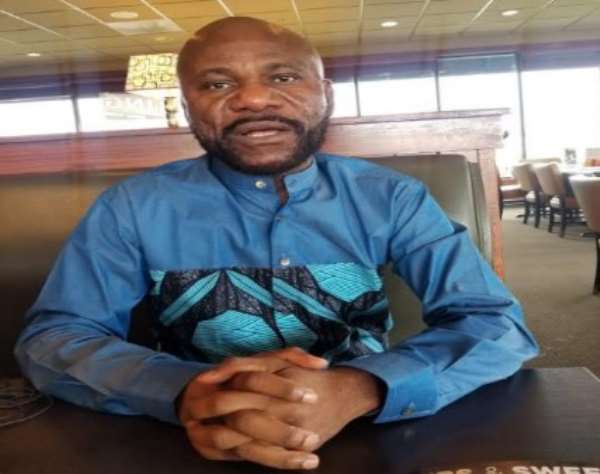 In the Republic of Liberia, as in most, if not every democratic Country, legislators make up the National Legislature. Besides, the National Legislature, the Liberian government has two other branches of government: the Executive headed by the Presidency and Judiciary headed by the Supreme Court of Liberia. Of the three branches that make up the Liberian government, the place of primacy belongs to the National Legislature because the function of government begins by law-making and is followed up by law-enforcement and adjudicative functions. As such, the Legislature is the first organ of the Liberian government. Therefore, the primary purpose of the Liberian Legislature is to make and pass laws. However, while this may be their primary function, the Lawmakers have other authorities and powers as well. Amongst those authorities and powers include but not limited to, ensuring that the Executive and Judiciary branches comply with its laws. That also includes monitoring an unruly presidency [if any] and a compromised judiciary [if any] as well as ensuring that the Liberian people attain their basic needs and aspirations. After all, that is why their (Legislators) constituents/people elected them as lawmakers. It means there are rules of behavior that apply to members of the Liberian Legislature.

But most members of the Liberian Legislature seem to believe and think that the standard rules [basic ethics] don't apply to them—therefore they do or can do anything at will including seeking their personal and collective interests and uttering lose talks. If the Liberian people were to consistently accept or agree to these kinds of behavior or frequently remain silent, the consequences wouldn't just be limited to ruining the national identity, pride, and integrity of Liberia as a country. Instead, our lawmakers would continue to do severe damage to the future of Liberia as a nation and people, hindering our capacity and ability to prosper, develop, and be sustainable as a country.

That is why to the lawmakers, we say your people elected you to improve their lives, develop the Country [Liberia], and make them participate in their economy and civil life in full. Instead, you have put your interests and the interests of your immediate families, foreign friends, and partners first, forgetting to realize that life is too short, and our time on this earth is limited. What you are doing has consequences - both short and long term. The citizens are feeling some of the consequences of your wicked thoughts and actions now. Still, our children's children, whose future you are now mortgaging just as other Liberian officials before you did as in the case of the Firestone concession agreement, NOCAL fiasco, will experience most of them.

Every single Liberian should worry about our nation! There are too many problems in the Country, and the President cannot solve these problems alone, especially so when it is clear that his administration inherited dozens of setbacks, economic shocks, and sabotage. These are in addition to the self-inflicted roadblocks the administration itself has and continues to create as a result of relative functional incapacity and mixed priorities that do little in addressing the Country's challenges such as:

I want to be very clear. I am not a CDCian, and I remain an apolitical global public policy professional. Still, like most patriotic Liberians, I conditionally support President Weah and everyone in the Liberian government and the Liberian business community. I want President Weah, the Liberian government, and the Liberian business community to succeed because when they succeed and the government does well, we are bound to have a better Liberia. Equally, President Weah is human; he was not born as a President; though he was overwhelmingly elected, he was born poor like most of us, and is not immune to mistakes. I also refuse to accept the relative view of some Liberian political and social critics that think our President is a fool nor the hypocrisy of some of his (the President) diehard supporters that think he is some god. President Weah himself knows that he (President Weah) is subject to errors from time to time because he is human; and is not perfect. These are precisely the reasons why the President needs the prayers and help of all Liberians so that he can govern well for the good of all.

As lawmakers, our Senators’ and Members of the House of Representatives' roles are not just to seek their interests or jump over hills to criticize the President when their interest is at stake. But this is what we see day in and out. Governance in Liberia is very destructive today and even doing the administration of former President Ellen Johnson Sirleaf because of the greed and corrupt nature of the Liberian Legislature before and now. According to some scholars, "Greed is an excessive love or desire for money or any possession. Greed is not merely caring about money and possessions, but caring too much about them. The greedy person is too attached to his things and his money, or he desires more money and more things excessively."

Most Liberian Lawmakers claim to believe in God, and some of them are even "pastors" and "elders" in some churches. So, what does God say about greed in the Bible? Luke 12:15 - Then he said to them, "Watch out! Be on your guard against all kinds of greed; a man's life does not consist in the abundance of his possessions." 1 Corinthians 6:10 nor thieves nor the greedy nor drunkards nor slanderers nor swindlers will inherit the kingdom of God." Greed, in general, is sparked by selfishness. Excessive selfishness, which seems prevalent in most of our Lawmakers, is the result of ignorance, lack of wisdom, lack of kindness, and love for the Country. Some philosophical scholars from my school of thought have also identified fear, insecurity, anxiety, the tendency to betray others, overconfidence, and arrogance as instincts that result from greed.

As lawmakers, if our elected Senators and Representatives live up to their solemn oath and the confidence that their people have in them, and act in the national interest, Liberia will rise, and be a better country to live, work and do business. It also means they (Lawmakers) will help in making our President a better Leader and the Liberian government a responsive administration.

Saying no to President Weah [at times] and to one another in the National Legislature on national issues when it is the right thing to do does not mean you don't like the President, or that you hate him. It just means you want the President to succeed by doing the right thing, and above all, it means you love Liberia. Equally, providing effective oversight – with total independence, transparency, care, and concern - over the judiciary and various government agencies in the Executive Branch does not mean you are necessarily political. It just means you are looking out for the good of Liberians and also protecting the future of the Country and Liberian children unborn.

Liberians at home and abroad and even our international partners think you, our lawmakers, are unpatriotic to the point of betraying Liberian values and your people's interests. Instead of gathering personal wealth and assets that you would leave behind when you die, do your job by providing effective legislative oversight for the good of the Country and the future of all Liberian children.

According to public philosophy, effective legislative oversight is crucial because it "protects civil liberties and constitutional rights; inform the general public and ensure that executive policies reflect the public interest. It gathers information to develop new legislative proposals or to amend existing statutes; ensure administrative compliance with legislative intent among other things. It also ensures budget control and judicial integrity and independence." Finally, it makes a country better and a government effective, efficient, accountable and transparent. By these ideas and actions, you are helping President Weah, the Liberian government, and the Liberian business community to do better and succeed. Above all, it means you are patriotic, love Liberia and truly represent your people who have unquestionably entrusted you with their hopes and aspirations. By doing your job accordingly, you become "Honorable" in the most exact meaning of the word. For now, we are watching!

About the Author
J.N. Williams is a Catholic educated public philosopher and a U. S. trained public policy and institutional governance professional with strong expertise in job creation policy, workforce development analysis, and socio-economic growth and development. He can be reached at [email protected]